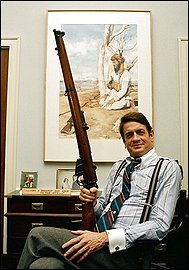 You could be forgiven for not knowing exactly who Charles Nesbitt Wilson was. Could be forgiven. You are not however, because you really should have heard of Charlie Wilson and his no-nonsense ways.

Gunaxin was sad to hear he died this morning following what appears to be a heart attack, but nobody can accuse the man of squandering his time among us, not least a man who was told he had 18 months to live. In 1985. ‘Good Time Charlie’ was a rockstar among politicians, famed for his somewhat unsubtle appreciation of the finer things in life – girls, drink, and uh, cocaine. Well, who are we to judge?

Wilson’s was a born politician, winning his first election aged only 13 having smeared his opponent with accusations of dog murder, but didn’t return to the scene until 1961 when he was elected as a Texas state representative aged 27, and in 1972 he was elected to the House of Representatives for the second district of Texas as a Democrat. To understand why this is impressive, you have to really consider the man: He was a drinking, womanizing (nothing unusual for Texas so far, admittedly), cocaine snorting, pro-choice, equal rights supporting ‘liberal from Lufkin’, and he didn’t much care who knew it. 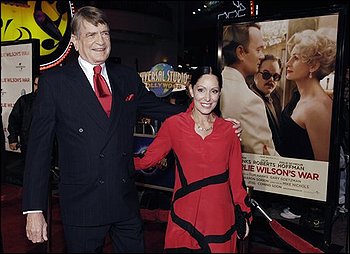 You’ve probably heard of the man courtesy of the Tom Hanks film, Charlie Wilson’s War, which by all accounts is a pretty damn accurate portrayal of his, ahem, indulgent side, not to mention his vast contribution to politics. On one occasion the Justice Department had to investigate his cocaine/stripper habit, and in Charlie’s own words;

The girls had cocaine, and the music was loud. It was total happiness. And both of them had ten long, red fingernails with an endless supply of beautiful white powder….The feds spent a million bucks trying to figure out whether, when those fingernails passed under my nose, did I inhale or exhale, and I ain’t telling.