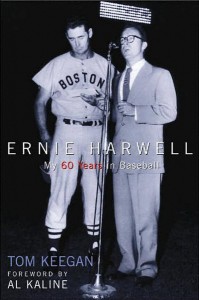 Sad news in the baseball world today, as Hall of Fame broadcaster Ernie Harwell succumbed to cancer on Tuesday, May 4, 2010 at the age of 92.  For 55 years, Ernie was a radio and television sportscaster, spending 42 of those years as the voice of the Detroit Tigers.

Known for his sense of humor and soft delivery, Ernie was never able to shake his southern accent (not that he wanted to) when calling games in Detroit.  While Ernie had retired from calling the Tigers games in 2002, he still worked as a writer and did occasional radio and TV work.

It’s always tough to hear that a legend has passed.

We’ll leave you with a recording of an excerpt from Ernie’s 1981 Hall of Fame speech, one of the truly great baseball speeches ever recorded.