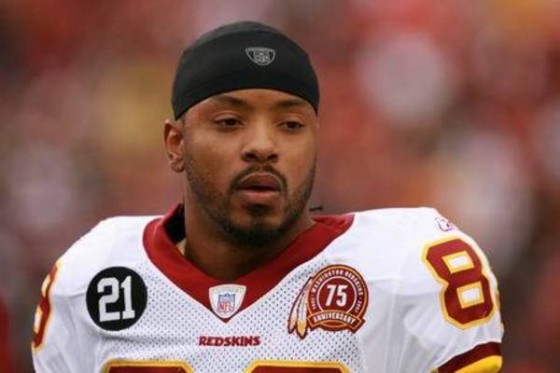 The mystery surrounding earlier reports of a Washington Redskins’ player and the use of performance enhancing drugs has become a little less murky today after a report in the Washington Post named wide receiver Santana Moss as the culprit accused of purchasing human growth hormone from disgraced Canadian doctor Anthony Galea.

Moss, unfortunately, will be the fall-guy for what could be dozens of other NFL players that received “treatment” from Galea. Galea was charged with distributing and the smuggling of HGH on Tuesday, and shortly afterward a story broke about the potential of a Redskins player being implicated in the scandal.

The debate as to whether or not Moss’ performance was actually enhanced during the 2009 season could be the subject of clever jokesters, as he clearly struggled at times. Jokes aside, the use of HGH by athletes is more often than not for the purpose of recovering from injuries. Nevertheless, Moss is likely to face questioning from all directions regarding his involvement with Galea and his services.

Does Moss stand alone in this, or do you think that he’s merely opening the floodgates for what could be a big mess for the NFL and its players?