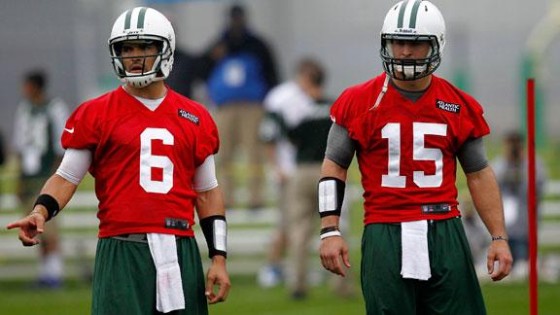 Uh, oh. The madness at the 2012 New York Jets training camp has already begun. Some dopey chick reporter called Mark Sanchez “Tim” during a Q & A session yesterday. As if Sanchez’s wounded ego hasn’t been battered enough in the last few months. He appears to be taking it all in stride, but the over-under before he suffers a DEFCON 1 meltdown is three weeks.