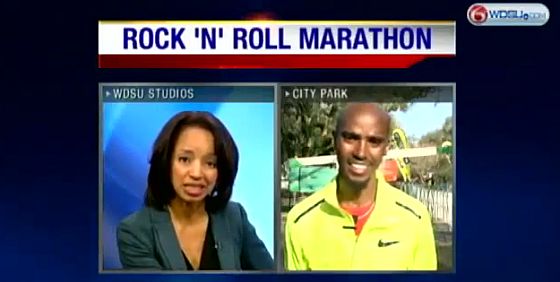 We know that NBC took a lot of flack for tape delaying the Olympics, but we would have hoped that their own reporters had seen the results by now. Apparently that isn’t the case, as NBC affiliate WDSU’s LaTonya Norton had no clue who Olympic hero Mo Farah was during an interview. Farah, who left Somalia to join the American Olympic Team, won a pair of gold medals and the world’s hearts during the 2012 Summer games. News of his victories in the 5k and 10k events never reached Norton, however, leading her to ask Farah if he had ever run before. Farah, obviously perplexed by the question, even allowed Norton to clarify her comment, which she did by repeating the same, stupid question.

Someone should really make sure that NBC has lifted the Olympic news embargo at its affiliates.