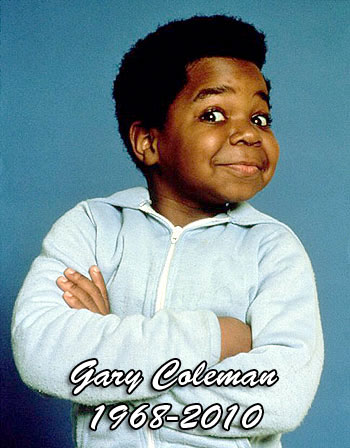 One of the funniest child stars ever, Gary Coleman, died Friday at the age of 42 after suffering an intercranial hemorrhage. We here at Gunaxin are huge fans of Gary and mourn his passing, and send our best wishes to his wife, Shannon.

Gunaxin had the opportunity to meet Gary at the Midgets vs. Mascots premier at the Tribeca Film Festival in 2009. The former Diff’rent Strokes star was not in good shape. He spent the later years of his life with many health and legal issues. He had many personal problems, and was often angry, but overall, he was a likable person.