Humor > News > Would You Return a Winning Lottery Ticket That You Found?

Would You Return a Winning Lottery Ticket That You Found?

Clearly, what I would look like, after winning the lottery.

Winning the lottery is on more people’s life goals list than rearing a family or punching a bear in the throat, and for good reason. They say money can’t buy happiness, but it can sure as hell buy a lot of whiskey and Nerf guns, which we’re assured are the base components of pure happiness. So we’re going to ask you a question, what would you do if you found a winning lottery ticket?

Unbelievably not only did a guy out there find a literal life changing amount of money, but he went to the world media in an attempt to track down the original owner. When asked why he felt like he needed to find the person stupid enough to drop six million dollars, Manuel Reija Gonzalez simply responded that he couldn’t sleep at night if he kept it. Mr Gonzalez, as much as we admire your integrity, we just want to let you know that $6,000,000 can buy you a really, nice bed. Hell, you could sleep on a bed made of solid gold, polished with tiger cubs if you wanted to. 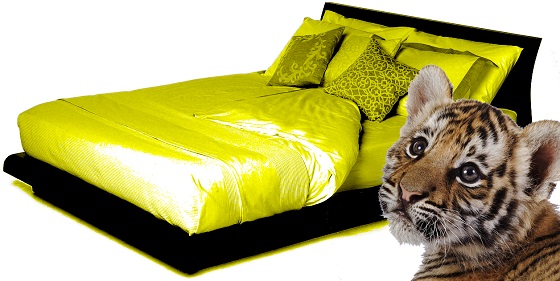 “We hate you” – The Photoshop department.

But no, Manuel was dead set on returning the ticket to its stupid and unbelievably lucky owner. So take heart the next time you see the news and notice it’s only full of bad news, war, and human suffering. Just remember that there are still some good people in this world, good people willing to give up millions of dollars just because it doesn’t belong to them.

If you lose the winning Power Ball ticket this week, we doubt anyone will return it to you. Nobody is that good.