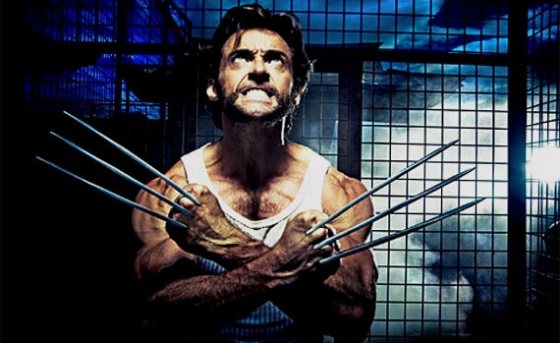 Adam Best is the Senior Editor of the FanSided.com Sports Network.

By now, you’ve heard about the leaked workprint of X-Men Origins: Wolverine. You’ve heard that it’s been downloaded more times than a Megan Fox sex tape would be should the male species ever become that lucky.

I’ve seen that workprint. FBI, you can call the dogs off. Just because I watched the early version of X-Men Origins: Wolverine (it officially hits theaters on May 1), doesn’t mean I downloaded it personally. Just wanted to spare myself the cavity search. Oh, and chill out Hugh Jackman — I’ll still splurge on a ticket to see the final product.

Spoiler alert: There will be spoilers in this review. 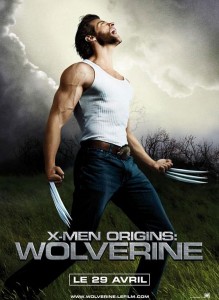 I am also in no way an X-Men expert. I would classify myself somewhere in between clueless and fanboy. You also should know that there were some unfinished effects shots and that ten minutes of footage filmed during re-shoots has since been added to the film to help cover up its narrative shortcomings.

David Benioff — who also wrote the Kite Runner, yay, and Troy, nay — penned the script. My major complaint with both the script and the film is that both are too short. I think that Benioff and director Gavin Hood assumed the audience would slouch down in their cushy movie theater seats already possessing vast knowledge of not only the title character, but the supporting cast of characters as well. 97 minutes is a Jim Carrey comedy — not an epic comic book origins story.

For example, the lovestory between Logan/Wolverine and Kayla Silver Fox (Lynn Collins) felt off. I thought the backstory behind the Bruce Banner-Betsy Ross lovestory in last summer’s The Incredible Hulk worked much better. In fact, the Logan-Kayla relationship felt like a poor man’s version of the lovestory in the Bourne series. That’s a shame, because I enjoyed the performances of both Collins and Jackman.

Additionally, I think the Wolverine/Sabertooth prologue was rushed. The childhood event which sets the plot in motion was more confusing than it was compelling. I’m hoping they addressed that sequence in the re-shoots. The subsequent action footage of the two fighting in some of recent history’s biggest wars was pretty cool. I thought that was a nice transition to their lives as modern-day mercenaries. 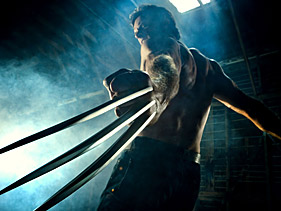 As far as other important characters like Deadpool (Ryan Reynolds) and Gambit (Taylor Kitsch of Friday Night Lights), we hardly got to know them. We also hardly got to know the villain, William Stryker, whose backstory was spoken and not shown. They could have done some awesome flashbacks there. Danny Huston turned in a strong performance and deserved better. Gambit might even deserve his own movie. Kitsch stole the show when he was onscreen, even though I half expected him to start drunkenly ranting about Lyla Garrity.

The whole thing just felt rushed. If you didn’t grow up loving Wolverine or grow fond of him during the X-Men trilogy, then I really don’t see how anyone could have become too attached to him. 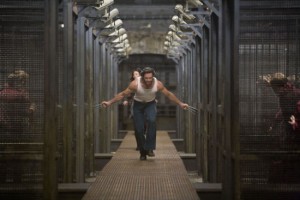 I thought Liev Schrieber’s (yes, that dude from Scream) Sabretooth was a pretty solid villain. That is, until he helped his brother Wolverine defeat Deadpool, er, Weapon XI, Stryker’s scientifically engineered super mutant, there at the end. Reynolds was so good as Deadpool, that I honestly felt robbed when I only got to see 10 minutes of him onscreen. Well, unless you count where he comes back with his mouth sealed shut a la Neo in The Matrix as the ridiculous-looking Weapon XI.

The train completely fell off the tracks at that point. During one part of the final showdown, Wolverine deflected Weapon XI’s Cyclops-like laser beams with his adamantium claws. Then, after the brothers defeated Weapon XI, things really got retarded. 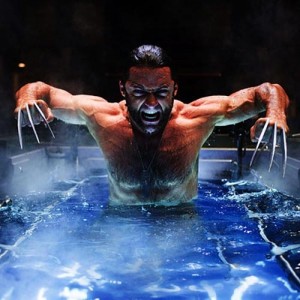 Sabretooth just up and left. Stryker shot Wolverine in the head from behind with adamantium bullets. Wolverine was out cold after that, very slowly regenerating even though his memory would apparently not due to the adamantium. Even though Stryker had just ordered Weapon XI to decapitate Wolverine — something that was talked about as the only way to kill Sabretooth and Wolverine throughout the entire film! — he simply walked away when he finally had the chance to cut his enemy’s head off. Then when he was about to shoot Silver Fox, he got close enough to allow her to touch him. He did this even though he  knew she could manipulate the thoughts of anyone she touched. Again, Huston deserved better.

I enjoyed some of the twists. Like the Silver Fox one where she is forced by Stryker to betray Wolverine in order to save her sister, Emma Frost. I even enjoyed some of the bit players like Will.I.Am’s John and Meriadoc Brandybuck‘s Bolt. The Dukes character in the Eddie Murphy fatsuit even gave me a few chuckles. Overall, the strong performances (except for Danniel Henney’s Agent Zero, I thought he was awful) couldn’t save this film. The action sequences were uninspiring and unoriginal, and the plot was rushed. 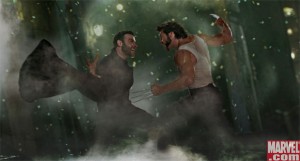 If the action sequences end up looking real good and the re-shoots turn out well, this will end up being a fun summer popcorn movie worth splurging on once. For now, I can’t give X-Men Origins: Wolverine any higher than a C. ranking it somewhere between the last Mummy movie and Iron Man. Here’s hoping that David Goyer’s X-Men Orgins: Magneto and Zak Penn’s X-Men: First Class turn out better. I doubt those films will, though. Who knows if they will even get greenlit if this one flops. I guess part of me is just scared the series will never recover from the curse of the Rat Daddy.