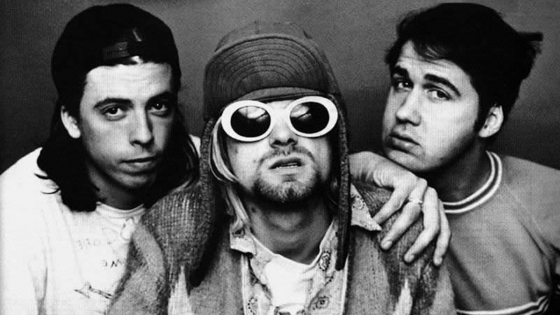 The ’90s were known for a lot of things when it came to the music scene. The “Alternative” style slid in like a snake in the early part of the decade effectively putting an end to the “Hair Metal” scene of the ’80s. Then, well, all Hell kind of broke loose and it became a giant free-for-all as just about every other conceivable type of music weaseled its way into the ’90s and left the entire identity in question. And then, inexplicably, someone decided to sing about ’70s Television.

In 1996, Schoolhouse Rock! Rocks arrived. Those of us who grew up in the 70’s and 80’s remember when the little informational vignettes ran during Saturday morning cartoons and we all learned a little something outside of school about such things as grammar, government, and history. The tunes were great and so, a CD was released by popular alternative bands of the time singing the famous Schoolhouse Rock songs. What follows is the track listing: 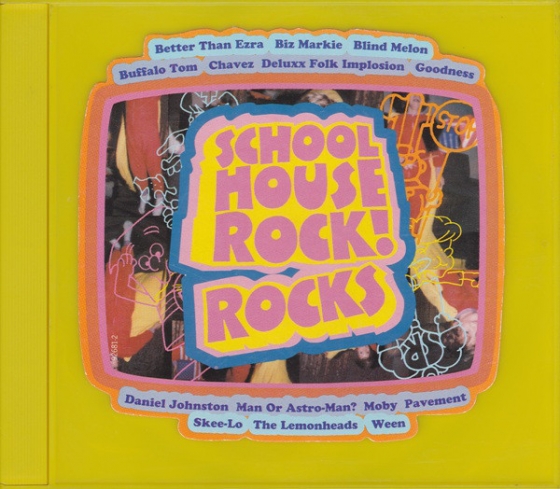 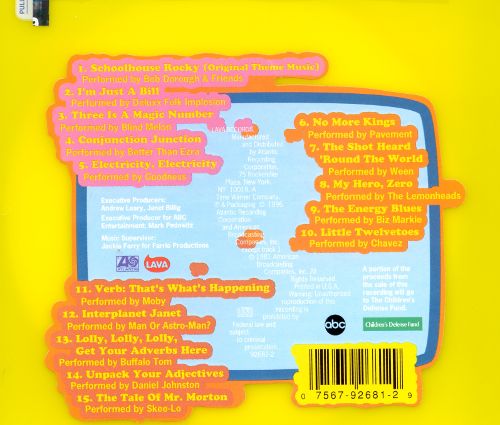 If you liked the originals growing up, you’ll really dig this compilation. Even 20 years later it still holds up because nostalgia will never die.

So what’s the other one? Why, Saturday Morning: Cartoons’ Greatest Hits, of course! Along the same vein of the previous CD, this was a compilation of well-known cartoon themes performed by popular alternative bands (because Alternative was the flavor of the decade, don’t ya know). This particular CD is just as catchy thanks to the strong performances and the excellent choices in chosen themes: 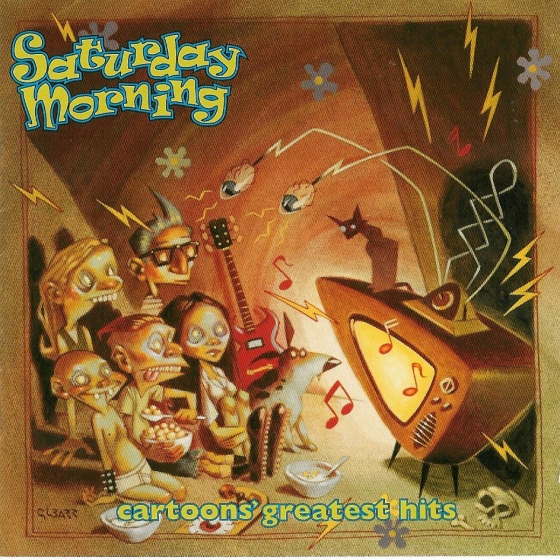 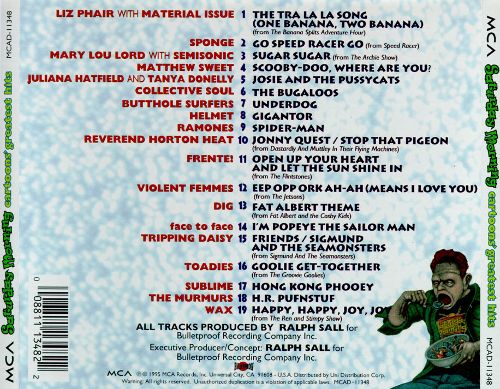 Once you give the track lists a once-over it becomes almost painfully obvious that nearly all of these bands have fallen by the musical wayside, not to mention many of them having shuffled this mortal coil. As crummy as that is, these are still a lot of fun to listen to. Sadly, unless you have a used music store handy, they’re gonna be tough to find. I turned to eBay and located both of them for less than twenty bucks. Well worth it.