Media > Television > Revisiting the End of The Sopranos

Revisiting the End of The Sopranos 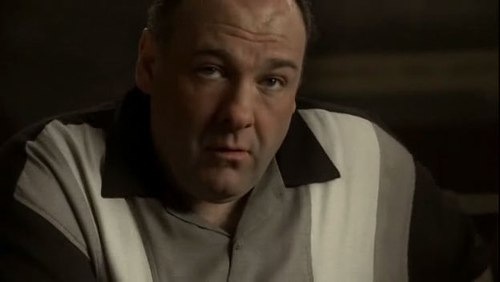 Like many viewers out there, I was frustrated by the end of The Sopranos. The ambiguous last shot left me hungry for more answers.

The essay below is one hell of a read. I’m not even sure who wrote it, but it provides an extremely persuasive argument that Tony Soprano died in the final scene.

The Sopranos : Definitive Explanation of the End

I recommend reading before starting season six if you happen to be rewatching the show, because his argument for the arc of that season is what it makes it so convincing. It’s long, but if you have a slow day at the office or have a long flight coming up, print it out and give it a read. It doesn’t disappoint.