As we creep toward month number five of the ongoing NFL Lockout, fans and football aficionados are beginning to come to terms with the possibility the upcoming season will be at the very least, delayed. As billionaires argue with millionaires over dollar signs and decimal points, players and coaches are filling the time normally occupied by pigskin projects with other types of activities. Gunaxin spies were able to get their greasy paws on a copy of Jets head coach Rex Ryan’s weekly calendar. By the look of things, it would seem Rexy is surviving just fine in the absence of football.

Little known fact about Rex: the man loves the scent of fresh flowers. To take his mind off the stress of a shortened 2011 season, he enjoys strolling through Central Park sampling the olfactory delights of pink and purple petunias.

Ryan: Is there a Hugh Jass there I can speak to?

Ryan: Are you sure?

Belichick: Wait, is this Rex? You son-of-a-bitch!

In lieu of an actual Vince Lombardi Trophy, Rex is carving a life-sized replica completely out of butter. When finished, he hopes to enter it in the 2011 Royal Butter Sculpture Competition held annually at the Royal Agriculture Winter Fair in Canada. 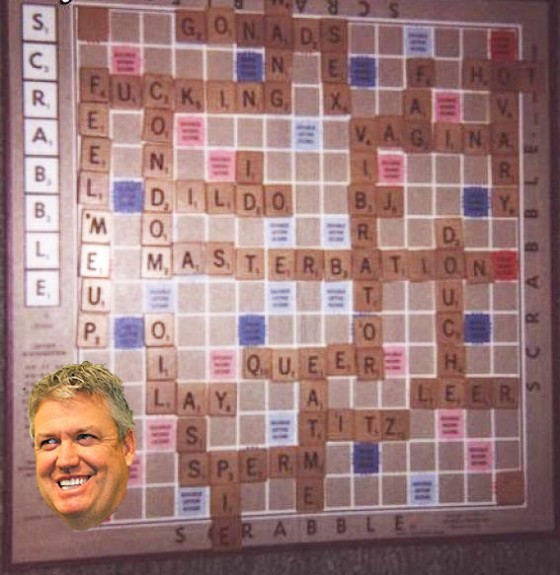 Rex is quite fond of using a vast array of expletives in daily life. To hone his profanity skills, he engages in a weekly game of Dirty Word Scrabble. His favorite word is rumored to be “Queef.”

Being a man of significant girth, Ryan has a soft spot for tubed meat and frozen dairy. So, why not combine the two to form a delectable melding of savory and sweet? Ryan has done that very thing and plans to unveil his mouth-watering concoction sometime this summer.

Available at Amazon and other fine book retailers in 2012.

The Ten Best Jobs in Football