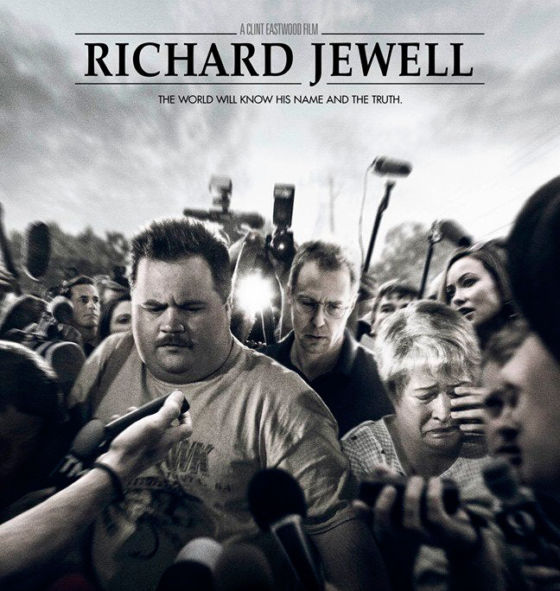 Editor’s Note: This movie left us with more questions than answers. Should we even bother to review a film that we’ve determined is clearly propaganda disguised as entertainment? If so, how? Why this story? And why now? What possible good could have come from this film’s release at this precarious moment in American history? How much time did director Clint Eastwood waste by talking to empty chairs on the set? For the full un-edited version of this review, check out the original on DCFilmdom.com. 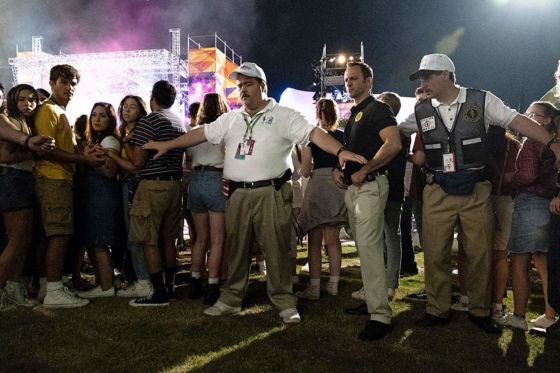 To those unfamiliar with the story, Richard Jewell (portrayed in the film by Paul Walter Hauser) was a low-level security guard responsible for finding a suspicious package at a concert during the 1996 Olympic Games in Atlanta, Georgia. It turned out to be a bomb, leaving him little time to help evacuate the area before it exploded, killing two and injuring at least 100 people. The following days would see him turn from guileless hero to abhorrent villain due to the media spinning the tale of him being a “hero bomber,” someone who seeks to gain from being a miraculous savior in a situation of his own creation. All of these stories were proven false, libel and defamation lawsuits were filed on his behalf (with Richard winning all but one of them before his death in 2007), and it gave us a hard look at how we truly espouse the “innocent until proven guilty” belief we claim to champion in this country. 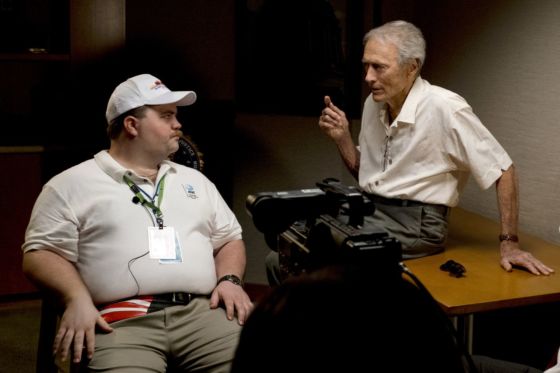 Eastwood’s agenda is simple: wrathfully expose the FBI and the media as corrupt, self-dealing villains. In recent years, we’ve seen this troubling trend coming from those in power; while both the FBI and media aren’t entirely blameless, one can’t help thinking Eastwood is furthering the discord and distrust sown by those who seek to escape scrutiny. In Richard Jewell, its central character welcomes the scrutiny, in point of fact, often to his own detriment and self-incrimination. But the further he wants the FBI to go, the more they dig to find any instance of impropriety, regardless of a lack of hard evidence. Screenwriter Billy Ray demonizes the investigative work performed upon Richard and his mother Barbara “Bobi” Jewell (portrayed by Kathy Bates), scripting lead investigator Tom Shaw (Jon Hamm) as a man possessed with a single-minded dedication to finding Richard guilty, very similar to Eastwood’s Sully from 2016.

So, too, are the media painted as vultures, circling for a fresh kill and pouncing before it’s dead. The late Kathy Scruggs (Olivia Wilde) is shown to be a sleazy, sarcastic journalist who knows no boundaries between the professional and personal, a soulless woman who actually prays she and her news team finds the bomber before the authorities do. She seeks and gains control with every situation, which leads to one of the controversies surrounding the film’s posit that she exchanged sex with Tom for information. She could have walked away after provocatively teasing him, but she chooses to go that extra step, her horny passions narratively unnecessary except to impugn the real-life woman with salacious ambiguity. The filmmakers have couched this as her acting upon her sexuality, which only provides a possible deflection of a quid pro quo. 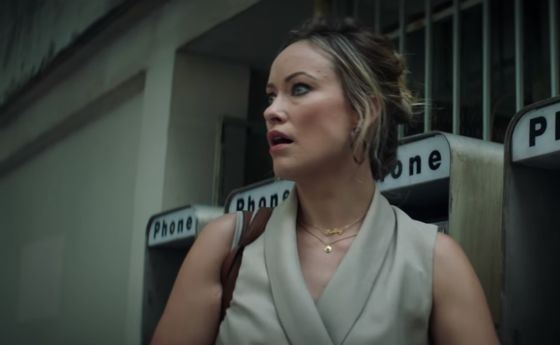 If you haven’t guessed, there are a multitude of reasons why this role is problematic. Both she and Richard are no longer here to defend themselves, with Richard given the saint’s share. With Kathy, she’s written as not giving a hoot about the truth in favor of being the first to break any kind of story, whether it ruins someone’s life or reputation, with her giving the despicable “I’m just trying to report the facts” excuse and the “I’m sorry if you were offended”-type non-apology. There’s no nuance, no inflection of any kind of humanity until a jarring and disgustingly predictable heel-turn at the predetermined pivot point of the movie. This scene where Kathy grows a conscience in Olympic record time is the stuff of children’s entertainment, almost comical in its presentation. 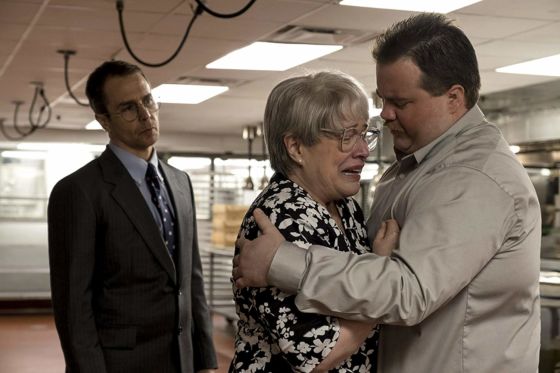 It’s these kinds of broad strokes which bathe Richard Jewell in a detestable light, becoming a propaganda film in which a complex tale is reduced to arch menace versus downhome simplicity. Hauser and Bates play the Jewells with an unsuspecting quaintness, serving as the sheep the American people seem to be in Eastwood’s eyes. Their performances do grab the heart, especially when faced with multi-pronged attacks and the resulting piling-on which threatens to pulverize them. As their only ally, Sam Rockwell gives a go-for-the-throat, no-nonsense presence to friend and lawyer Watson Bryant, whose relationship with Richard gives the film its lift and sparks, having to endure end run after end run when Richard is a little too forthcoming and eager. 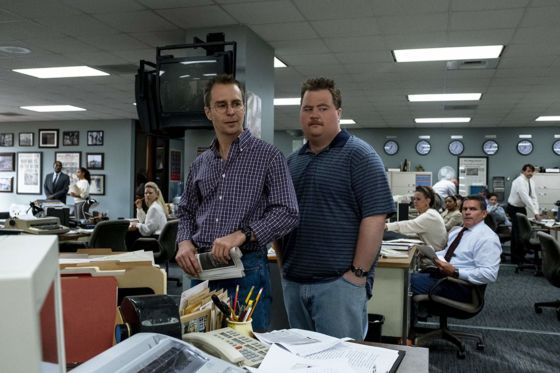 Jon Hamm is the perfect selection to step into FBI Agent Tom Shaw’s antagonistic shoes, exuding the self-righteousness of the suspicious and boiling over with a misguided anger toward Richard. Tom is written to be as much of a conniving opportunist as Kathy, looking to entrap Richard without his lawyer present and perceiving every action Richard takes to protect himself as a personal affront. We don’t know why he’s so angry, whether it’s due to the bombing which happened on his watch; that Richard, seen guilty of taking his multiple jobs as a security guard way too seriously, has the presence of mind to sidestep himself out of whatever deception Tom’s laid for him; or that he got burned by a reporter who took his information and ran with it, putting him in the position to have to make Richard the bomber. 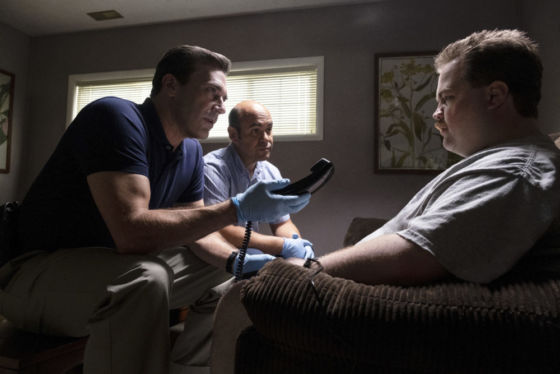 This all brings us back to our question: Why? Why now? Why reach back to events from 23 years ago? And why spit on a dead woman’s grave? This film’s motives are never in question, and Richard Jewell will, no doubt, have influence over people who choose not to divine fact from fiction. In these already-turbulent times, we find Clint Eastwood in full guns-blazing mode, using extremely effective performances to further the narrative of dismantling institutions in the court of public opinion. Richard Jewell is arguably well-made structurally and emotionally, and it earns its stars with its performances; however, its visuals are at odds with its passion for destroying trust in those who protect us and those who seek the truth.