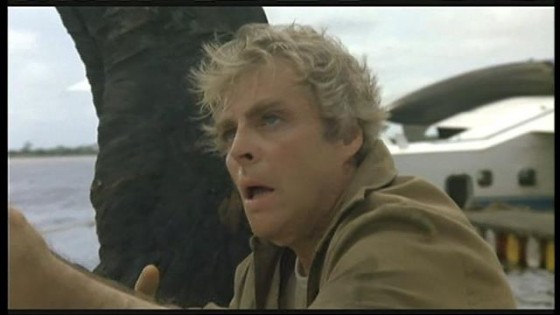 Veteran character actor, Richard Lynch passed away June 20th at the age of 76. His career spanned many TV shows and movies including such classics as Battlestar Galactica, Buck Rogers, The Sword and the Sorcerer, and Scanners II. For the entire list of his oeuvre, check out his Wikipedia page. He was quite well-known for portraying evil dudes and bad guys, primarily due to his appearance, which came from an LSD-induced fire accident.

Now, though I had seen this guy many, many times in various portrayals, there is one time in particular where Mr. Lynch was the stand-out performer… along with the crew of the Satellite of Love. Let me explain…

The incredibly bad move, Werewolf came out in 1996, and it stars Lynch, Emilio Estevez’s uncle, Joe, and a bunch of other sub-sub-sub-par acting ‘talent’. The story revolves around some werewolf bones, some ridiculous accents, and some beyond-painful acting. But that’s not the point. Well, actually it’s precisely the point because just two years later in 1998, it was riffed on by those trapped movie master on the S.O.L. on the show Mystery Science Theater 3000. It’s a painful flick, but it’s made almost tolerable by Mike and the bots. So why not honor Mr. Lynch’s memory by watching the entire episode! Enjoy!