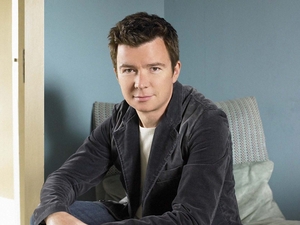 Rick Astley today announced a 25 city tour of the United States. The tour will run from May to October, and will visit 25 currently undisclosed destinations. Astley will be joined on tour by fellow brits, the Pet Shop Boys, who will open for Astley. As recently as two years ago, Astley thought his career was over, but thanks to sudden popularity on You Tube, and an electric performance at the Macy’s Thanksgiving Day Parade, Rick feels he has once again entered the American consciousness. Astley commented on his tour, titled the “Never Gonna Give You Up Tour 2009”,

In this time of economic hardship, the American people need to know that England is their ally. I want the people to know, that we’re never gonna give you up, never gonna let you down, never gonna run around and desert you, never gonna make you cry, never gonna say goodbye, never gonna tell a lie and hurt you.