Media > Comics > The Most Ridiculous Person-Titled Suffixes in Comics

The Most Ridiculous Person-Titled Suffixes in Comics 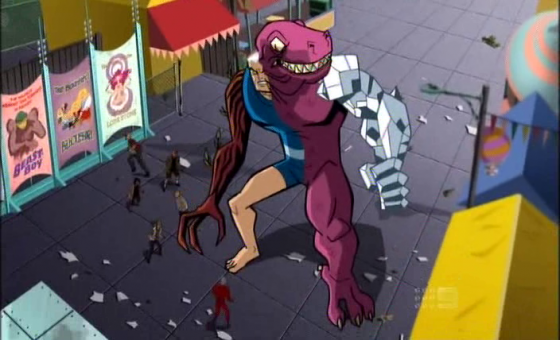 What do we mean by “Person-Titled Suffixes?” We’re talking about characters whose names end in -man, -woman, -boy, -girl, etc. You know, like Radioactive Man. So, read along as we explore why naming Superheroes has really gone off the deep end. The deep end of stupidity.

Aqualad is just like Aquaman if Aquaman sucked sixty-times worse than he already does. The original Aqualad from the 60's had all the powers and attributes of a kid with purple eyes who lived underwater because. Seriously. Oh, and he was afraid of fish. Let that sink in... Sometimes he was a pal to Aquaman who spoke to fish and told them to hide him while he cried. The new Aqualad, an African American gentleman, can make water hard. And that's either ice or gross. 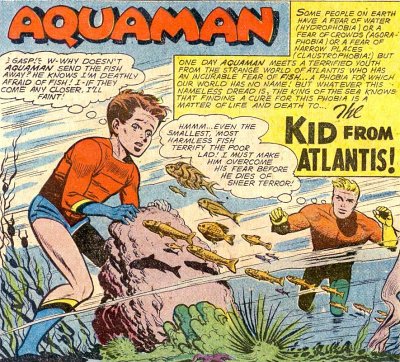 Shadow Lass has a cousin named Shadow Kid and I'm not even making that up. Her ability, as a stupid blue alien with pointy ears, is to project darkness. Ya wanna know what else projects darkness? Broken light bulbs and Goat.se desktop wallpaper. Projecting darkness isn't a power, it's not having enough intelligence to light a candle. Please, Shadow Lass, don't make something happen that happens every night, always. Please. 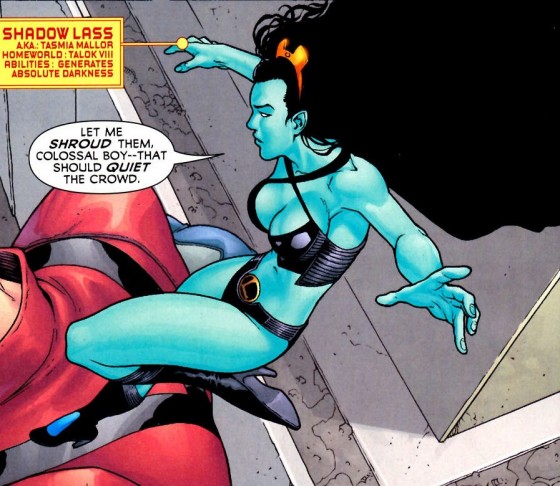 Ending your name in 'Man' isn't necessarily stupid... that isn't to say it isn't exceptionally lazy, though. Because it is and everyone doing it should be ashamed of themselves. But when your claim to fame is basing your negligible powers on holidays and random days of the week, calling yourself Calendar Man is just borderline retarded. In fact, I've met mentally challenged people who think Calendar Man is stupider than underwear that isn't from K-Mart. He needs his ass kicked on every day that ends in a 'Y'. 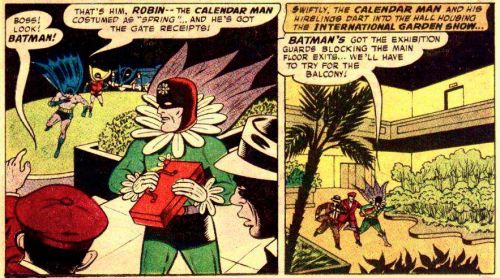 I have absolutely no problem handing Jack Kirby all the credit he deserves in creating large chunks of the Marvel Universe. But I'm pretty sure he was huffing pain fumes when he inked out Moon Boy. He's basically a feral version of Beast, which means nothing since Beast is a feral version of Beast. Okay... he's feral-er. Anyway, Moon Boy is patently useless and were he not to have the constant companionship of Devil Dinosaur, he'd have been eaten by Wolverine a long time ago. 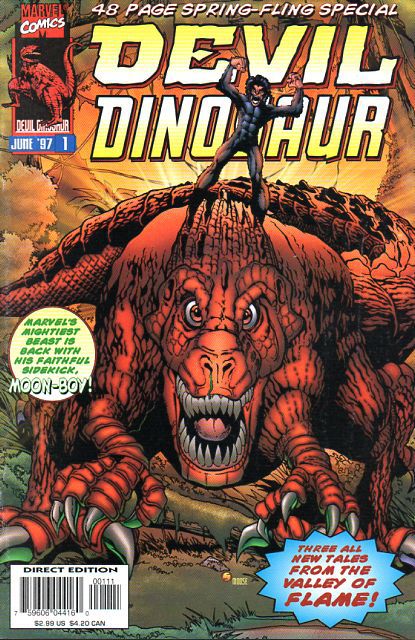 Wikipedia says that Lightning Lad used to be called Lightning Boy. That's like changing a guy named Elmer to a guy named Earle: not a whole lot better. But the one saving grace is that 'Garth Ranzz' has the ability to project lightning, which one could easily discern from the name. But this also sucks, too, because literally every other Superhero can shoot lightning. It's like flight and super-strength: everyone wants them, because nobody wants to either converse with sea life or become incredibly pliable. 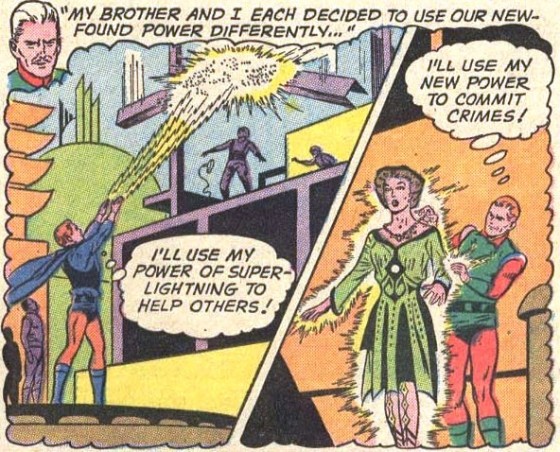 So, this dude hangs out in front of hotel lobbies and helps people with their luggage? Sadly, no, because that would both make more sense and not suck incredibly. Also the fact that he was a member of the Great Lakes Avengers cinches the crappiness noose even tighter. Doorman is able to, inexplicably, turn himself into a passageway to the 'Darkforce Dimension' -which is apparently where Superheroes go to die and also makes absolutely no sense at all- and even climb into himself which is both extremely disturbing and even by comics standards, highly impossible. This guy is just a giant mess of nonsense and my whole head hurts trying to get it around him. Moving on... 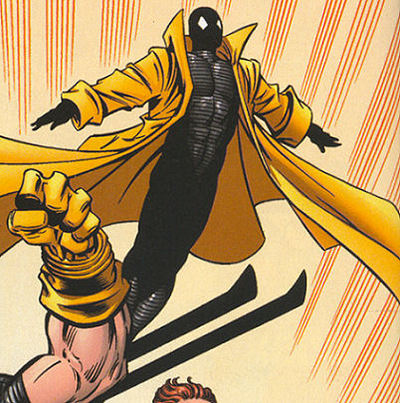 Good Lord, Squirrel Girl... I'm not even sure I want to do this because she is just so painfully lousy. And yes, she is actually a squirrel... who can actually control actual squirrels. What. The. Fuck. And get this, this here is how she made her dynamic debut in Marvel Comics: She met Iron Man and showed off her squirrel (literally, though figuratively likely would have gone over better), but Iron Man was unimpressed and was soon captured by Dr. Doom. So -because Dr. Doom is about as coherent a villain as the outcome of a Coke vs. Pepsi war- Squirrel Girl thwarted his kidnapping of Stark by summoning a shit-load of squirrels. That's right: this goofy dame is the land version of Aquaman which instantly makes her astronomically shitty. 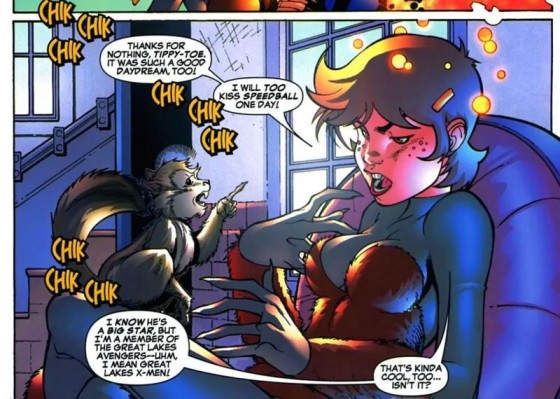 When you've been rejected by the Legion of Superheroes because 'your powers are too limited', you know you've taken the wrong path when naming yourself Absorbency Boy. First of all, absorbency is a stupid fucking word! If you use something diapers are as your name, it's time to pack it in even before you start. Not surprisingly, Absorbency Boy can absorb stuff, namely residual power leakage from other Superheroes. Which is both disgusting and patently worthless. The dude literally has to be near the heroes he saps off of, and then the shittiness only hangs out for twelve hours. He's the OTC decongestant of superheroes. Way to go. 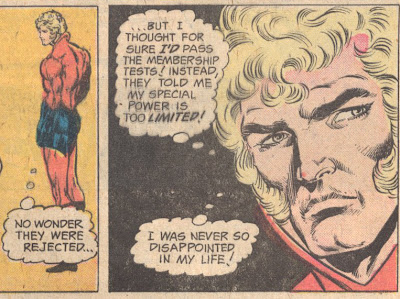 Lagoon Boy's history reads exactly like Disney's Little Mermaid: He's present at an Atlantean marriage where he befriends a genius whale named Blubber and a mermaid named Sheeva and they dance under the sea with a Creole crustacean... no wait, those last two things probably didn't happen. But what did still sucked. On top of this list of aggravating stupidity is Lagoon Boy's ability to control only Humpback Whales... only. Did some writer ask how they could render Aquaman's powers both suckier and quadruply worthless? They must have because the power to manipulate sea life is bad enough without limiting it to just psionically molesting a specific type of whale. 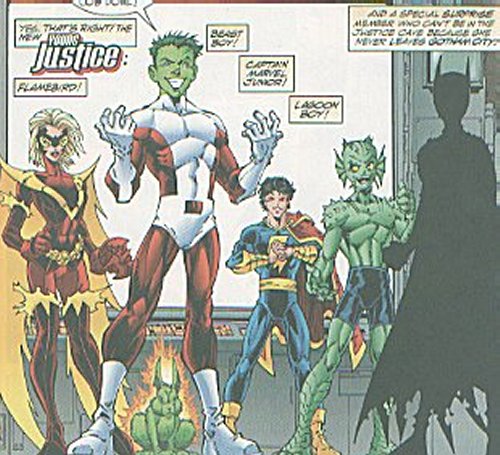 It's really just about bad enough that your super power consists of turning into anything. Seriously: Anything. Because there isn't something (outside of quantum physics I guess) that isn't either an animal, vegetable, or mineral. So this jackass's powers seem cool, right? Wrong. Because every time he absorbs whatever he's becoming, parts of him are still human. Specifically his arm, torso, and -and I'm not making this up- half of his head. If you're going to put scathingly moronic limitations on your Superhero creation, why would you make him able to turn into a rocky-carroty-platypus with a touch of Abstract Art? Who do you think you are, Heironymus Bosch? Only really, really stupid? 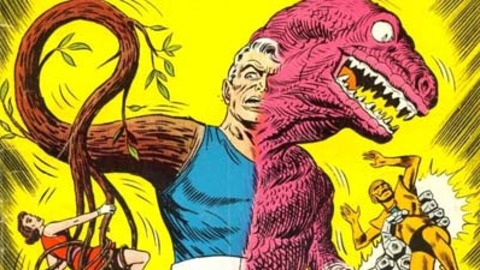