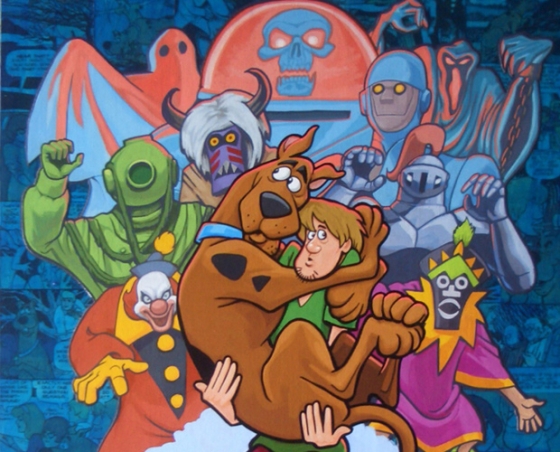 Scooby Doo was built on the backs of lame villains. However, in order to get into the Scooby Doo Lame Villain Hall of Fame, let’s just say that you really have to work for it. Thankfully, there are those that have met the challenge. They went above and beyond. They created Scooby Doo villains that even make Scooby Doo fandom groan. What follows is the best of the absolute worst. 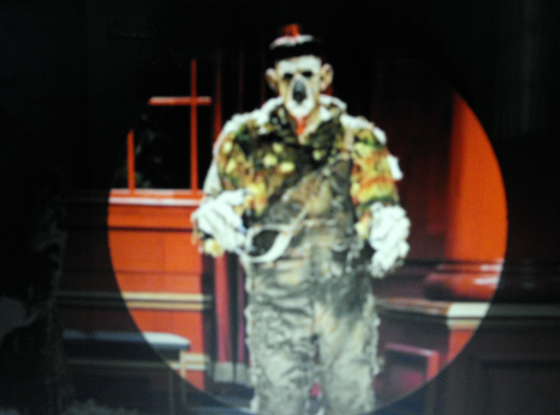 Chickenstein. The name literally says it all. The cartoon A Pup Named Scooby Doo was just the watercolor by a five-year-old that made Scooby Doo Where Are You? look like it was done by Van Gogh. The real kicker was that Chickenstein was so fabulously lame that it was remembered in the live-action movie Scooby Doo 2: Monsters Unleashed. We can only imagine someone longed for their big break working on a Hollywood production and had to create a real version of... Chickenstein. They might now be forever known as Dr. Chickenstein. 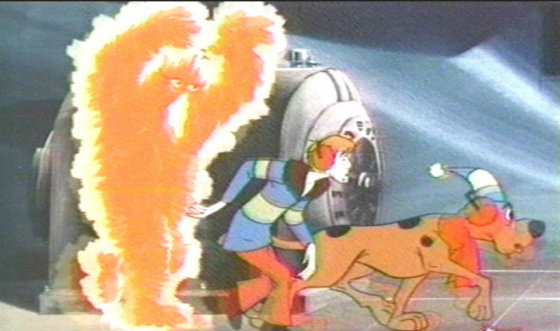 The original series by no means gets let off with lameness. The 10,000 Volt Ghost told the story of a doomed electrician. There are sometimes cases in which energy monsters are kind of cool. The Outer Limits and Electro from Spider-Man come to mind. However, this is nothing more than a big orange glowing orange Push-Up. Electric Sherbert may sell for Baskin Robbins, but even for Scooby Doo the effect is really lame. 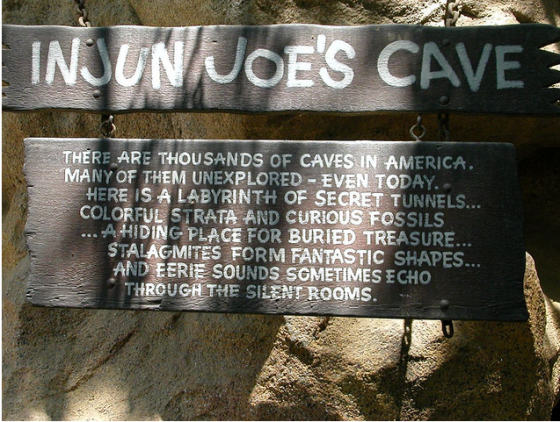 Mark Twain wrote classic novels. That is undeniable. However, even for the 1970s pitting Mystery Inc. as well as Josie And The Pussycats against the Ghost of Injun Joe just comes off as being offensive. The Scooby Doo Movies had the ability to pretend that Jerry Reed was a mega-star with a straight face, but their "Showboat" episode really was not the place for kids to get their first taste of classic literature. It's almost surprising that the day was not ultimately saved by 'N-Word Jim.' 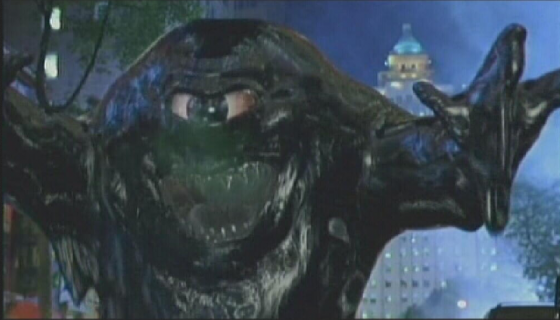 There are a few things that are disconcerting about The Tar Monster. First of all, this was one of the last monsters to be featured what was the original consecutive run of Scooby Doo television. At that point, the show was called The Scooby Doo Show. Second, inclusion in Monsters Unleashed was not really a good sign. Third, there was a nod to Scooby Doo's .... well... core audience by having the villain who chose to be a green-eyed cyclops of tar... Mr. Stoner. 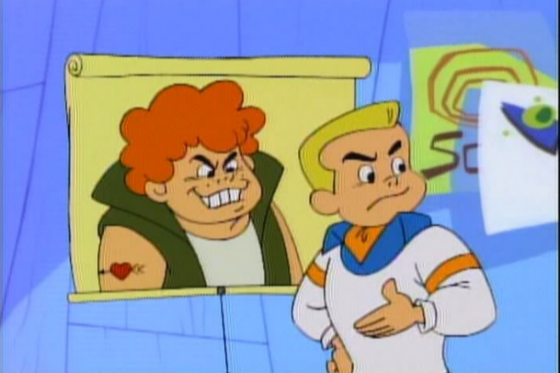 The only thing that saved A Pup Named Scooby Doo from the bottom of Scooby-related infamy was the fact that they did introduce Scrappy Doo. Fred accused Red Herring of being the perp behind the mask in every episode but one. That was the episode in which Red Herring (get it, Red Herring, yeah we groaned too) actually did do the "crime." The only reason why he was not accused was because Herring dared Fred to accuse him. Even Monsters Unleashed could not bring themselves to work in Red Herring. 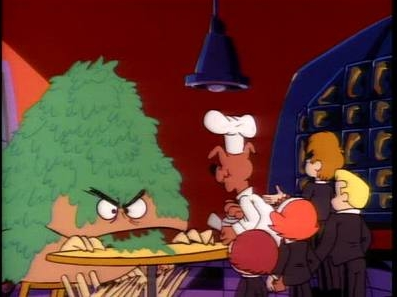 It may not be actually necessary to mention that the Burger Monster was introduced in a Pup Named Scooby Doo. The Burger Monster was actually former employee Skippy Johnson. Skippums was upset about not getting a raise so he decided to gain respect by dressing up as a giant... burger. Ronald McDonald was nowhere to be found so the Scooby tots had to erase the menace of potential copyright infringement. To add insult to injury, the Burger Monster was voiced by James Avery. Avery is best known for voicing the Junkyard Dog in Hulk Hogan's Rock N' Wresting, Shredder in Teenage Mutant Ninja Turtles, and of course Uncle Phil in The Fresh Prince of Bel-Air. From now on, we will just remember Avery as The Burger Monster. 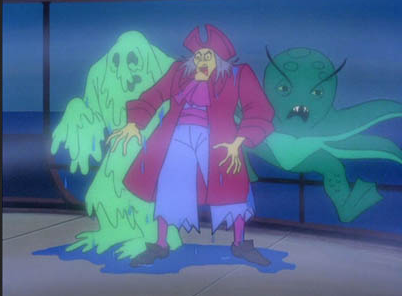 The Scooby Doo Show writers must have sat around and wondered, "What on earth have we not yet turned into a ghost?"  In other words, who knew that an underwater seabed of plant life has a soul? This would be, of course, other than hippies who claim a tree near the student commons as a mailing address. The Kelp Monster teamed with the Octopus Monster ( yeah, the Octopus Monster ) and the ringleader Captain Pescado. Pescado's crime? He made grown men dress up like walking kelp and an Octopus. Jail, in retrospect, must have been pleasant for Mr. McFinn. 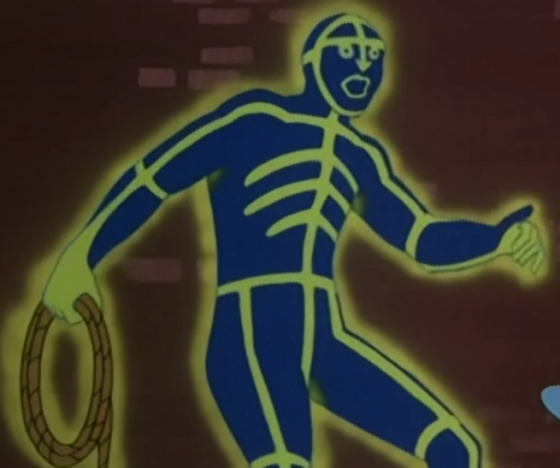 We finally get to Scooby Doo and Scrappy Doo. What was Bill Walker's motivation? He wanted to scare people away from a Roller Disco so he would have a home. To review, the only person who has any money in the Scooby Doo universe is Daphne. How does one scare away disco patrons? Does one dress up as a Republican and mention zoning laws? No! One gets a costume that looks like members of the Village People mated with alight socket. Roller Disco people were always scared by... bright and shiny objects. Yeah, that did not work... at all. After jail, Bill Walker could have toured roller discos in this get-up. 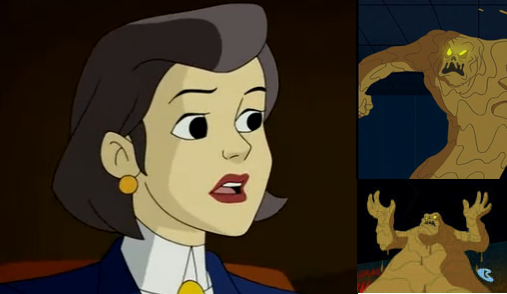 There are people that grew up with and loved Scooby Doo. Presumably, they would jump at the chance to one day write as well as animate the show they always loved. The result? Cartoon Network gave us What's New, Scooby Doo? What did they come up with? A stoner's worst nightmare. The Scooby Snack Monster was a young socialite who dressed up like a large tasty turd in order to save her father's factory. In her universe, the Food Network show Unwrapped probably did a prison edition just to get the full story. 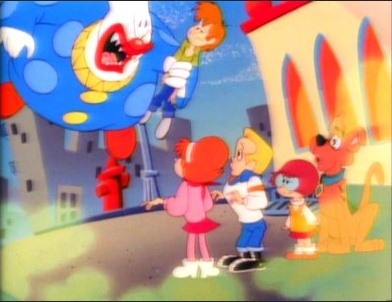 Let's review. Zombies are terrifying. Stephen King turned a clown into a perpetual nightmare. The very meaning of fear expressed in the movie Zombieland was manifested in the form of a Zombie Clown. How to cure these mortal fears? Watch a lot of A Pup Named Scooby Doo. Zombo will cure any fear that you have had or will have of a Zombie Clown. They managed to make the mother of all fears... lame.