Sports > Football > The Most Ridiculous NFL Suspensions from Roger Goodell

The Most Ridiculous NFL Suspensions from Roger Goodell 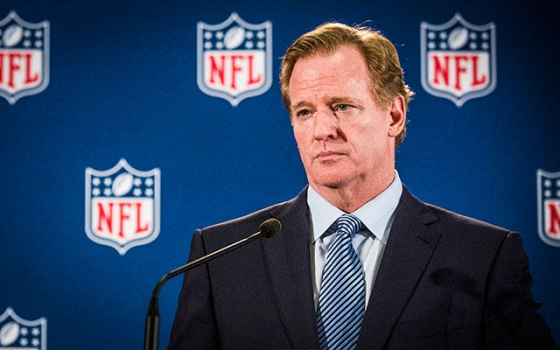 When NFL Commissioner Paul Tagliabue announced in March of 2006 that he would be retiring on September 1st, 2006, the league spent the next few months trimming down the list of possible successor’s down to the final five. Among those five was the NFL’s Executive Vice President and Chief Operating Officer, Roger Goodell. He was named the new NFL Commissioner on August 8th, 2006 and would begin officially on September 1st, when Tagliabue’s retirement begins.

Goodell then spent the next ten years going from fan-favorite to public enemy number one. His style is unlike anything players, owners, coaches, and fans have ever witnessed. His hands-on approach to protecting the public image of the league was evident when he started a brand-new player conduct policy in April of 2007, less than a year after being elected into office.

The policy deals only with an NFL player’s personal life and image in the public spotlight. It gives him the ability to suspend any player for not being able to control themselves or their public images off the field. He also began giving out player fines for on the field misconduct. That started a decade of controversies between Roger Goodell and the fans and players in the league. The NFL had 34 non-drug related suspensions of players or coaches between 1925 and 2006. Since Goodell has been commissioner, he has dealt out 112 suspensions, in 10 years.

So let’s take a look at some of the craziest fines or suspensions he has dealt over the past ten years that either didn’t make sense or were ridiculous because of how he handled it (Deflategate). 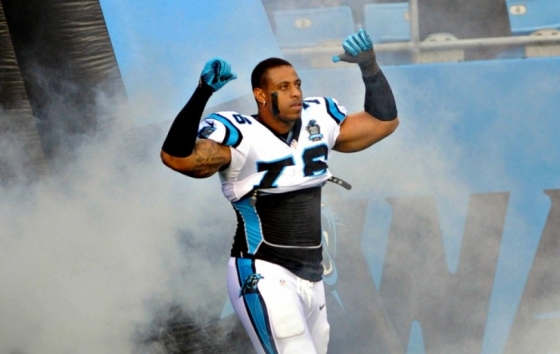 After photos of the girlfriend of Greg Hardy, Nicole Holder, surfaced showing her bruises obtained from the domestic violence of Hardy, that should be enough evidence to banish him from football, forever. She had bruises on her jaw, back, arms, underarms, chest, and face. So Roger Goodell decided a 10 game suspension was enough for a man that nearly killed his girlfriend. But not long after that, his lawyers asked for a reduction and Goodell said sure. The 10 game penalty was too much for a man that beat his girlfriend to the point she thought she was about to die? Goodell wants people to like him so badly, he tells everyone yes, except, of course, women. 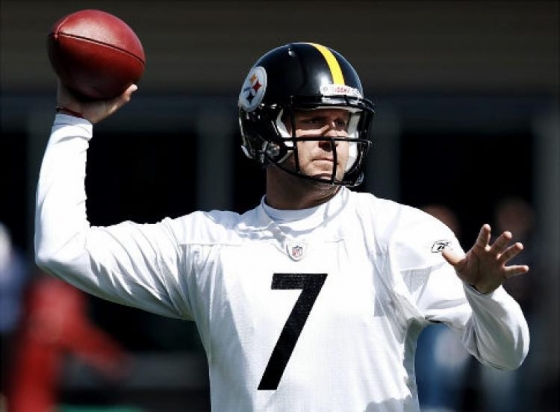 Ben Roethlisberger was accused of sexual assault in a nightclub but the accusations ended and no criminal charges were ever filed because Fred Bright, district attorney, could not prove guilt beyond reasonable doubt. Goodell then suspended Big Ben for six games for violating the league’s personal conduct policy. The suspension was not the problem, the reduction in the number of games was the issue. Whether or not he did anything wrong, the suspension solidifies that Goodell believes he did do something wrong and assaulted an innocent woman. So why did he reduce it? Does Goodell truly care about women or protecting his TV ratings? 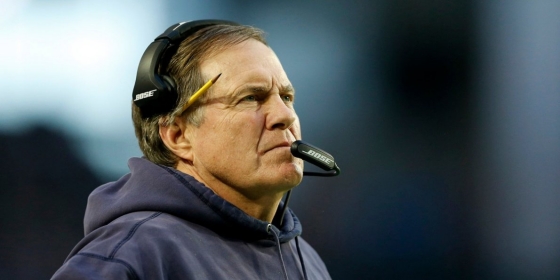 For being strict about accountability and discipline, Roger Goodell decided to take away their 1st round draft pick the following season instead of suspending Bill Belichick, which would have been the best call because Spygate happened during the regular season and affected other teams. They were found cheating and got nothing more than a slap on the wrist. 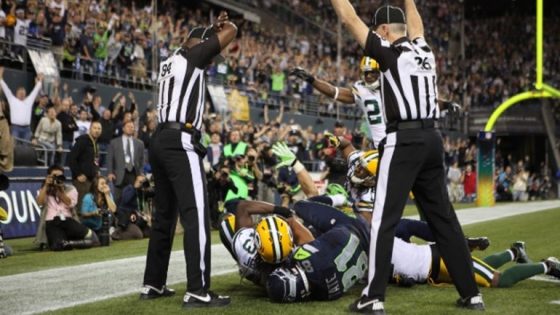 Roger Goodell has a credibility issue. During the lockout in 2012, knowing the replacement referee’s would be taking over until an agreement occurred, he came out and said the replacement officials would “do a credible job.” Well, as we found out during Week 1 when it took officials six minutes to figure out if a fumble by Michael Vick was reviewable, which it wasn’t. By Week 3, the Packers and Seahawks debacle has become legendary and remains the reason Seattle ended up with a better record than Green Bay and an easier path to the Super Bowl that season, which they won. Goodell then had to come out and apologize for the terrible games over the NFL season and an agreement eventually came but not before he had to apologize. 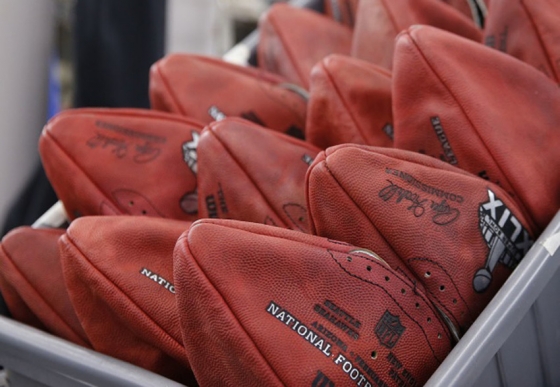 Roger Goodell has become a dictator and Deflategate is proof. After finding zero factual evidence, in which a judge in a court also agreed didn’t exist, Roger Goodell decided to be the arbitrator during the appeal process of the initial suspension handed down to Tom Brady. So the man that suspended him is going to be the one that gets to decide on whether or not his appeal is justified? How does that work? He is the judge, jury, and ruler over the NFL and this was a perfect example. It does not matter if you think he was wrong or not, the fact remains that no evidence existed to support the problem therefore, he shouldn’t have been suspended. But after the court overruled Goodell’s ruling, and allowed Brady to play in the 2015 season, the NFL continued to pursue it and finally got it approved this past summer which is why Brady is now missing the first four games of the season. Roger Goodell is acting like a pissed off ex-girlfriend rather than an unbiased Commissioner of the largest sports organization in the world. 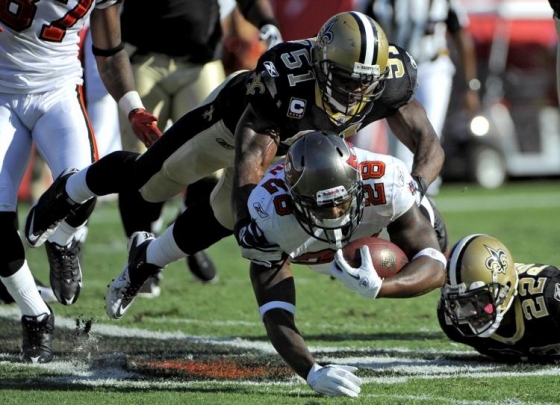 If there was enough evidence to prove that the players involved did something wrong, these suspensions would be justified. But the evidence did not support that. In fact, if you took this entire scandal into a court, which is what the players did to have their suspensions overturned, then any judge in the country would say there isn’t enough evidence to support the suspensions. Every suspension was different and made very little sense. Yes, suspend the Head Coach, Defensive Coordinator, and General Manager for the “bounty program” but that should be where it ends. He just kept tossing out random game suspensions to random players from that 2009 season without any evidence to solidify his decisions. He was throwing suspension darts at the wall. Even Paul Tagliabue stepped in and didn’t think the player’s suspensions were justified. 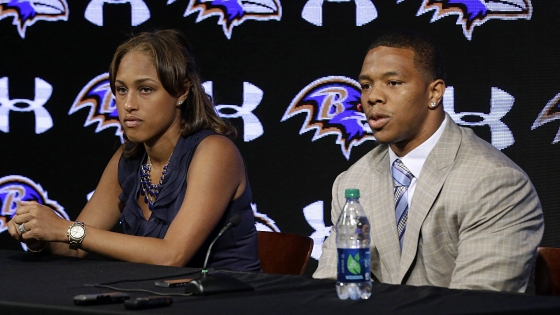 Ray Rice was accused of punching his fiance in an elevator of a casino and Roger Goodell decided to suspend him for two games after investigating the incident. However, once the video was released and it shows that he clearly punched her and knocked her out, the NFL, most importantly Roger Goodell, changed its’ tone. Goodell changed the suspension from two games to indefinite, which is the right move after seeing the video. However, they never attempted to get a video from security or even investigate it deep enough to find out what truly happened. According to an unknown law enforcement source, the NFL had the video before it was released to the public by TMZ. There was no structure and no consistency for the entire matter and Goodell was becoming a public relations nightmare for the NFL. However, he isn’t going anywhere apparently.