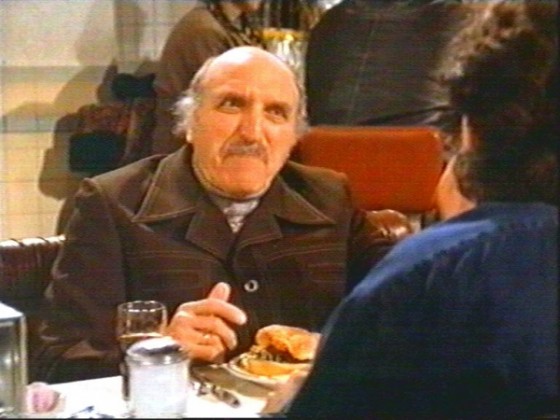 Sad news out of Tinseltown. Those morbid deathwatchers over at Deadline have announced the passing of actor Len Lesser, better known as Uncle Leo from a little show called Seinfeld, at the age of 88. Damn you Big Casino for taking one of television’s most beloved uncles. Damn you all to Hell! When alien scientists land on Earth in 2026 with a cure for this insidious disease, we humans will have the last laugh. Right before the aliens enslave us and turn us into batteries to power their massive otherworldly factories.

Where was I? Oh yeah, Uncle Leo. I”ll always remember him for his warm greetings, impromptu outbursts and demonic eyebrows.

And goodbye. You will be missed.