Humor > Pop Culture > The Rise and Fall of Pow: A Cereal Mascot’s Story

The Rise and Fall of Pow: A Cereal Mascot’s Story 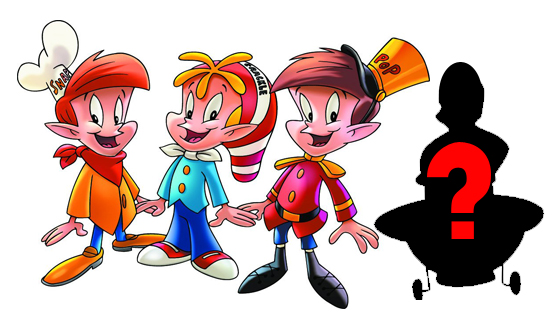 It all began almost a hundred years ago at the Battle Creek, Michigan Kellogg’s Headquarters. Time was taking its toll on the fledgling cereal and health food company and income was lean at best. It was time for some new spokes-people to shill their new products, and Dr. Kellogg knew where to find them. He turned to the Elven Employment Agency, who had luck with a few newer recruits working for an up-and-coming cookie company called Keebler. Kellogg wanted elf help and he wanted it immediately.

Unfortunately for him, elf labor was in high demand, and the market at the time was completely cornered by Claus & Claus Industries out of the North Pole. Their monopoly on elf aid was well-known and when you signed with C & C, you were under contract for five years, unable to share your ‘gifts’ with other companies. So Kellogg sat back and waited, and his patience paid off. In 1933, Kellogg hired Snap Worthington, Dave ‘Crackle’ Crackman, Eli Popowicz and Doug Powlicki. 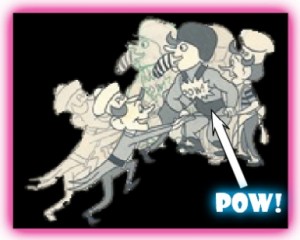 Right off the bat, things went sour. The elves often partied late into the night, showed up hours tardy for their day on set, and argued endlessly with one another over who was the more important elf. Dr. Kellogg was losing patience and decided the only sane way to promote his new advertising crew was to release one elf into the world at a time and see how they fared in real stores and shops. After a raffle… of some kind, Snap Worthington won his chance and was soon gracing the boxes of Kellogg’s Rice Bubbles.

Kellogg’s gamble paid dividends, and within a year, Snap had single-handedly reinvigorated the sales of the new product. Kellogg was thrilled, and before the other three elves could worry themselves into the unemployment line, he brought them aboard. Soon, Snap!, Crackle!, Pop!, and Pow! were showing themselves to their adoring fans as they adorned thousands of boxes of the newly named Rice Krispies all over the world. But, alas, stardom was a raging torrent for one of the elves, and his life was soon to become the stuff of legend. 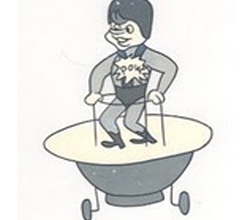 Years after Snap, Crackle, Pop, and Pow emerged as one of the top advertising teams for any cereal on the market, things began going south. Snap, Crackle, and Pop began gelling as a team and showing themselves to be true philanthropists. They gave their time and a percentage of their earnings to charities, both home and abroad. They made appearances oozing with charm and shunned their past lives’ indiscretions. Sadly, Doug ‘Pow’ Powlicki slowly slunk off into the shadows of depression, alcoholism, and rampant drug use, often citing, “No one really cares about the nutritional virtues of our cereal, anyway.” Perhaps he was right. His elven compatriots tried in vain to pull him free from the snarling tentacles that were enveloping him in his dark, sullen life, but — as it turned out — Pow was just in too deep.

By 1950, Doug Powlicki was a lost cause. His binge drinking, excessive whoring, and thousand-dollar a week heroin habit gradually turned him into a horrific shell of his former, fun-loving and carefree self. One day, in May of 1951, Pow was arrested as he attempted to solicit sex and purchase opiates from an undercover cop. It was at three in the morning on the dirty back streets of Vegas — where the quartet was set to perform in front of a sold-out crowd. This could have been Pow’s saving grace, had he stayed clean like he promised he would. But after the first show, he wandered out of his hotel room, drunk and mumbling, “Kellogg’s can suck me dry….” Pop begged him to stay, but the wall had finally been built too high, and Pow left for the last time.

Douglas ‘Pow’ Powlicki was arraigned soon after, and sentenced to 15 years in prison. As it turned out, he was also implicated in an unsolved theft case involving Wendell Cinnamonski, the famous chef-mascot for Cinnamon Toast Crunch. The case remains open, but Pow is still considered at least a potential witness. While in prison, Pow took on a more aggressive life as a heavy, often intimidating other inmates. Many altercations led to the deaths of several prisoners, and Pow’s sentence was increased to life. To this day, Doug Powlicki awaits his fate in a California correctional facility. 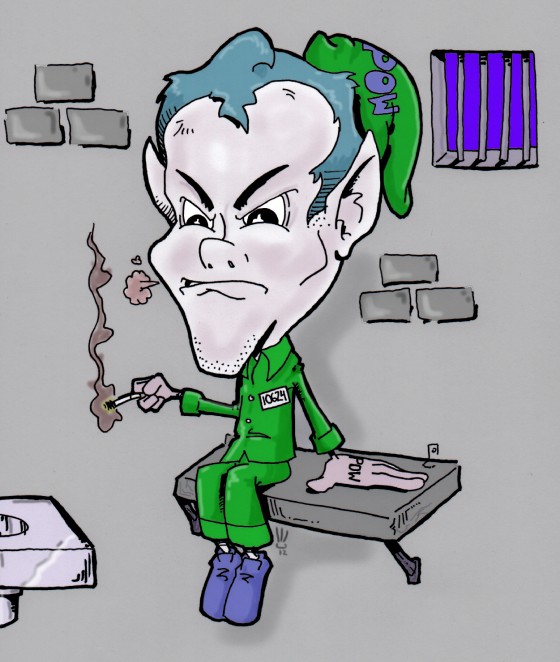