The Road To The BCS National Title Now Runs Through… 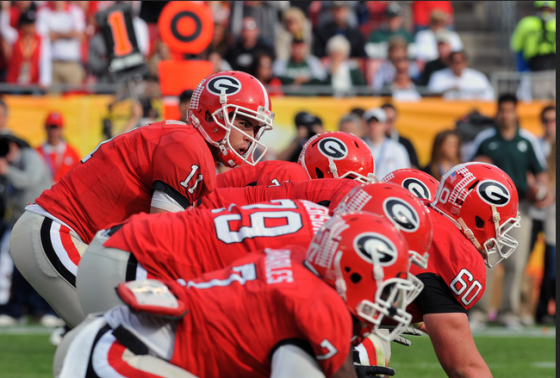 Imagine the frustration for fans of the University of Southern California Trojans football fans. Matt Barkley came back to school to give USC a Heisman Trophy, a Pac-12 title and a National Championship. If anyone other than Lane Kiffin had been coaching this season, all of that might have happened. As a matter of fact, Barkley was a preseason favorite for the Heisman and the team was preseason number one in the Associated Press poll. When Southern Cal started losing, they were still the talk of the college football world. After all, if you could not be kings, then you might as well be kingmakers. 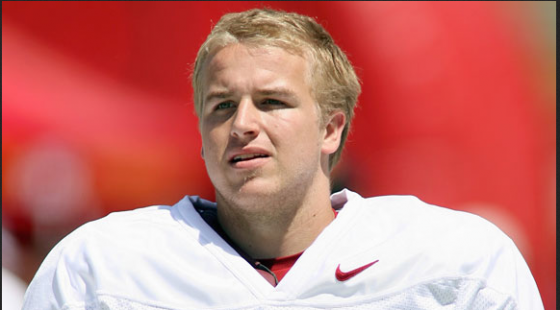 It all seemed plausible. After all, Southern Cal was still the favorite to win the Pac-12 South. Oregon was the favorite to win the Pac-12 North. Oregon was undefeated and would need a Pac-12 Championship win in order to get into the BCS National title game. Everyone just assumed that conference championship would be between Oregon and USC. The theory was that Southern Cal would beat Notre Dame and then play the Oregon Ducks to determine who would advance to the National Title game against Kansas State. Then came November 17th, 2012. As ESPN’s Chris Berman is known to say, “That’s why they play the games…” 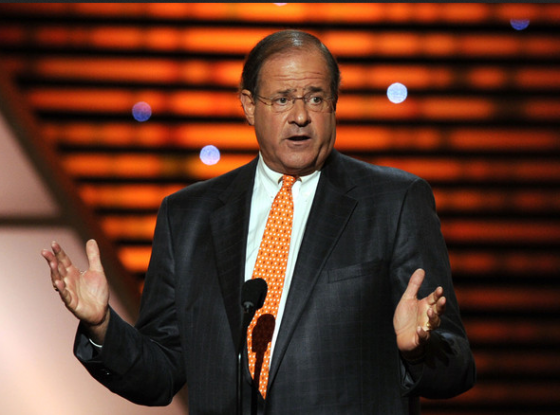 Going into Shake-Up Saturday, Kansas State was number one, Oregon was number two, Notre Dame was number three, and Southern California was going into a rival game against UCLA. For the first time since 2007, the number one and number two teams lost…. on the same day. Kansas State was crushed by Baylor. Oregon lost in overtime to Standford. Southern Cal? They lost to UCLA. UCLA, not USC, will now play in the Pac -12 Championship Game. To add further confusion, Stanford owns the tiebreaker over Oregon for the other spot.

If Stanford beats UCLA in the last game of their season, UCLA will face Stanford again for the conference title. Oregon? The Ducks one loss to Stanford could shut them out of just about everything. Of course Notre Dame still has to beat Southern Cal, but Southern Cal now has four losses and barring an upset will not even be a factor in the National Title picture. Kansas State will win the Big 12, but the Big 12 no longer has a championship game, because the Big 12 only has ten teams. You know who does have a championship game? The Big Ten, because they have 12 teams. Stay with us. 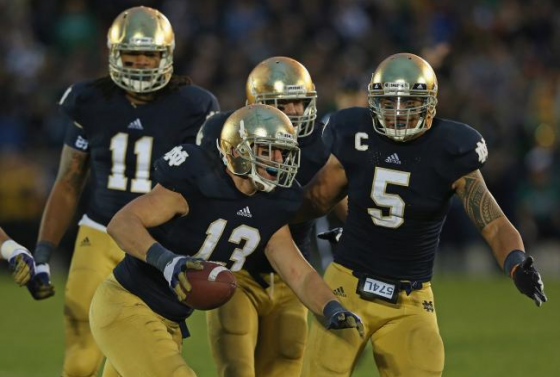 First, Notre Dame is undefeated and ranked number one. They have to accomplish what four teams have already done and beat Southern California. Next, their opponent will probably be determined by a team that has not been discussed. So, who controls the fate of the National Title game now?

The Georgia Bulldogs, that’s who.

Georgia is 10-1 and have a win over Florida. Anything can happen in a rivalry game, but whether or not Georgia beats a 6 and 5 Georgia Tech team is irrelevant, because their spot in the SEC Championship game is secure. There is an outside chance that Alabama could lose to Auburn. However, if a 3-8 Auburn squad beats an 11-1 Alabama team, it’s an obvious sign of the impending Mayan Apocalypse.

This year, like so many years in the past, the SEC Championship game is poised to become the National Title Semi-Final game. Georgia is a threat to Alabama and will be playing for their own spot in the National Title game. Kansas State? Ask people in Manhattan, Kansas about 1998 when they had a near perfect team sitting at home watching the SEC Champion Tennessee win the first ever BCS trophy. The Georgia Bulldogs are now poised to be kingmakers, or maybe even kings themselves. 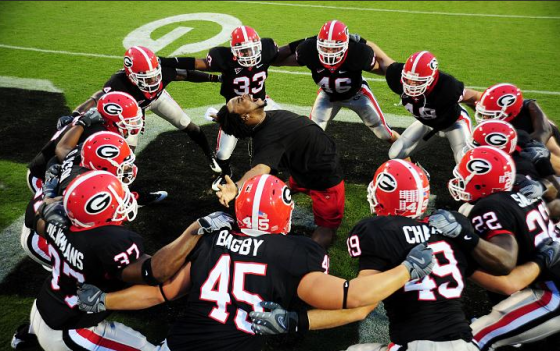