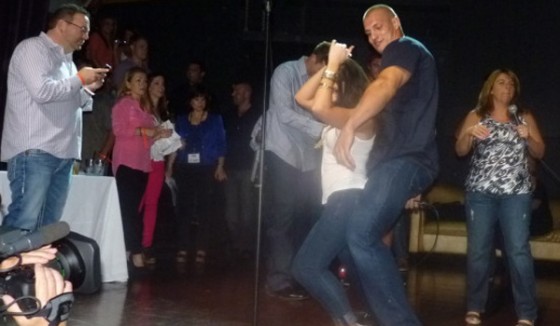 Life is good for Patriots tight end Rob Gronkowski. He just inked a fat contract and followed that up grinding on a fat ass at a Children’s Hospital fundraiser. Hey, it’s for the kids so it’s all good. The look on the chick’s face when Gronk thrusts into her robust bottom is priceless. And knowing Gronk, he totally hit that later in the night.