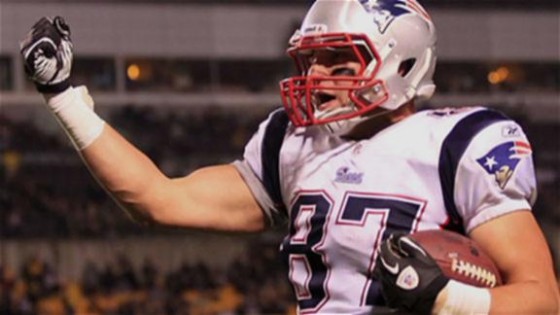 Patriots tight end and resident frat boy Rob Gronkowski has been campaigning hard to be on the cover of Madden ’13. Despite the so-called curse attached to the honor (see Peyton Hillis last year), it still does announce to the world that said player has arrived. Well, Gronk ramped up his efforts over the weekend when he released this video of himself doing pushups, trash-talking Megatron and spiking his Xbox controller into the floor of his shitty apartment.

Oh, that wacky Gronk. He’s quite the scamp. But what’s up with the awful abode? Dude, you’re a professional football player, not a college student. Use some of that Super Bowl runner-up cash to upgrade the accommodations. At the very least get rid of the stupid Fathead.