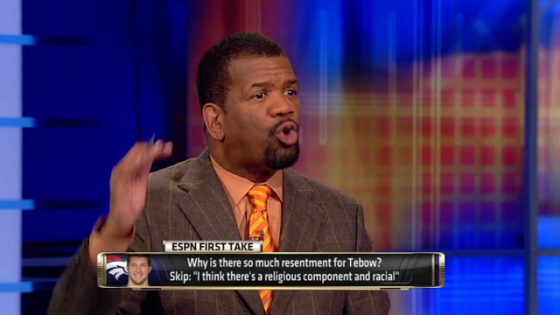 We haven’t weighed in yet on Rob Parker’s idiotic comments about RGIII, and we didn’t intend to do so. We’ve made it clear in the past how we feel about Parker’s shock jock style approach to sports journalism, and ESPN’s apparent double standard when it comes to enforcing rules, and we didn’t see the need to rehash those opinions this week. ESPN’s daytime shows thrive on creating controversy, and we didn’t feel like giving them the attention they wanted until we had a good reason.

When Parker questioned Redskins’ QB Robert Griffin III “blackness” because he dared to date a white woman and vote Republican it created a world of confusion for athletes. The Texans’ Arian Foster, wary of being called out himself, tweeted his concern earlier today.

I'm going to work on my blackness today.

But Foster doesn’t have to wonder how he can do that. Thanks to Reddit poster Unreal5, we have a guide for black (and non-black) athletes to determine where they rank on Parker’s “Blackness Meter”.

We do have one hint for Parker too: When you appear as the least-rational person on a panel with Stephen A. Smith it might be time to just shut up. 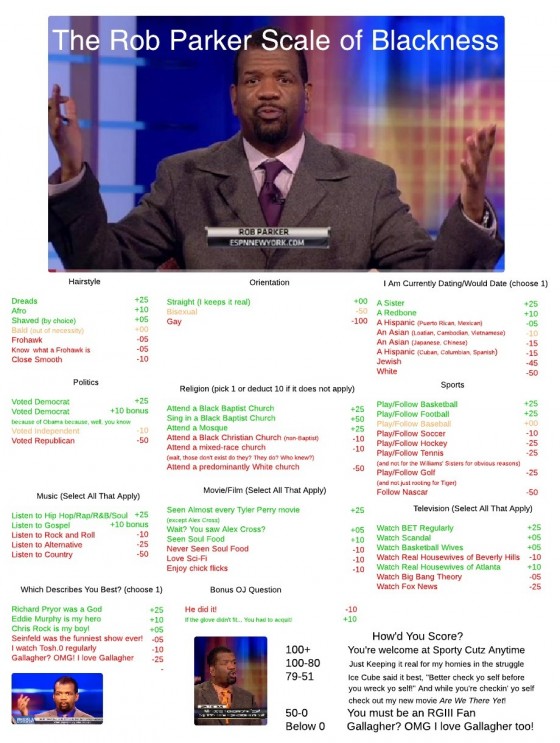