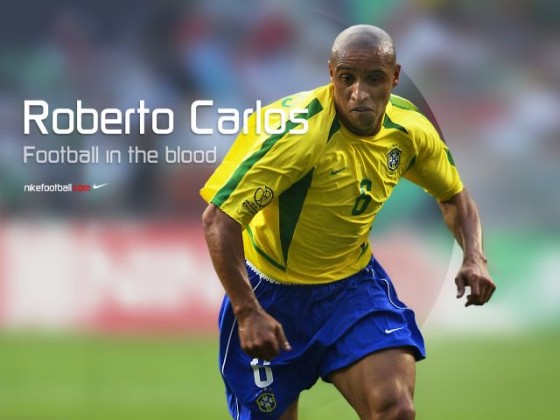 This is Roberto. He kicks the ball real good.

Ever wonder why more players in soccer don’t try and score directly from a corner kick? Because it is damn near impossible.

Combine a ridiculous angle along with a goaltender trying to stop you and you’d be better off not even trying.

Still, that doesn’t seem to stop some players from giving it a shot, such as 37-year-old Roberto Carlos. You may have heard of him from his glory days on Real Madrid and on Brazil’s national team.

Carlos is no stranger to bending and breaking the laws of physics in free kicks. You may recall his free kick seemingly heard round the world back in 1997, turned viral hit once Youtube graced the Internet.