Rock Climber Gets Stuck, Craps Himself 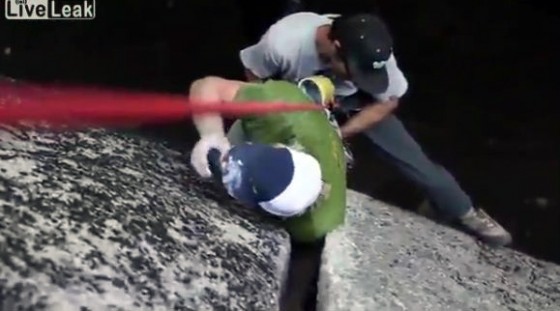 I don’t rock climb and after watching the movie 127 Hours I don’t think I ever will. Sorry, but the chance, no matter how slim, that I might have to amputate one of my appendages in order to survive isn’t my idea of a good time. It probably isn’t this dude’s idea of a good time either, because he reacts to his knee getting stuck in a crevice by crapping his pants.

Yeah, living this one down ain’t gonna be easy. Especially when his friends are already cracking jokes at his expense. Poor bastard.