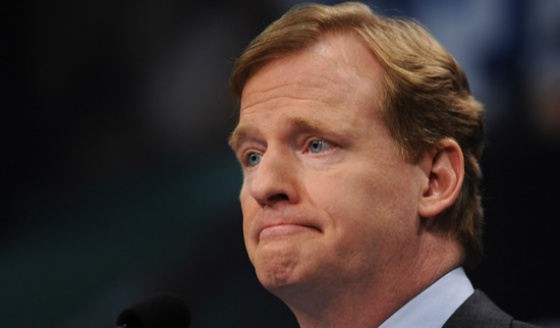 This has not been a good year for NFL commissioner Roger Goodell. An arbitration panel threw out his punishment of four players over “Bountygate” this month, the league is being sued by thousands of former players for covering up concussion risks, and two potential allies, owners Dan Snyder and Jerry Jones, are suing the league over salary cap penalties they incurred.

Judging from social media, however, Goodell’s biggest concern lies with the current labor dispute with NFL officials. After a poor preseason, the replacement officials had a relatively quiet Week 1, but Week 2 was a different story. Slow games, missed calls and one pretty obvious verbal slip left fans frustrated and angry, and they took to twitter to voice their displeasure directly at the Commish.

The tweets ran the full range of emotion. The only thing they had in common was a severe lack of spell check.

@nflcommish Your doing a disservice to the game and fans by not bringing the regular refs back.

@nflcommish the refs are getting embarrassing 1:00 games are ending close to 5 because theres conference for every call end this madness

@nflcommish I'm sure you've been bombarded with this, but it's time the regular refs come back. The replacements just aren't ready.

@nfl @nflcommish better get the regular refs back on.. The replacements hv downright been awful…

@nflcommish player safety is affected by replacement refs -review hit on Sean lee of Dallas vs Seattle. Our family will stop watching NFL

@nflcommish Redskins Rams game was disgusting!Refs had way too much to do with outcome!Terrible product, refs lost control #disappointed fan

@nflcommish what the hell are you trying to prove with these replacement refs? Mockery.

@nflcommish Hello Mr Commish. Are you watching your NFL? Hope you are disgusted as all of us are with the lack of professional refs.

@nflcommish You should pay the refs soon,if the scabs keep this up eventually the Mafia is going to get pissed their $ is being fucked with

@nflcommish Piece of shit pay the refs you cheap fuck!

@nflcommish get the real refs back!!! That holding call was embarrassing you stupid fuck!!!! Do ur job!!! @EricThePelican

And of course no internet discussion can be complete without a little racism or antisemitism:

these refs are fucking dog shit. Quit being a greedy fucking jew and get the real ones back. @nflcommish

That freaking nazi Goodell should be ashamed of himself with this ref situation. @nflcommish