Roger Goodell as a Mad King 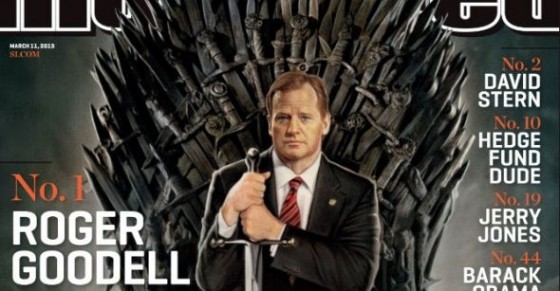 Sports Illustrated may have wanted to compliment NFL Commissioner Roger Goodell by putting him on the cover of their power issue, but they missed the mark. While the Game of Thrones inspired image might invoke power and leadership to some, fans of the books and television series see a much different meaning. 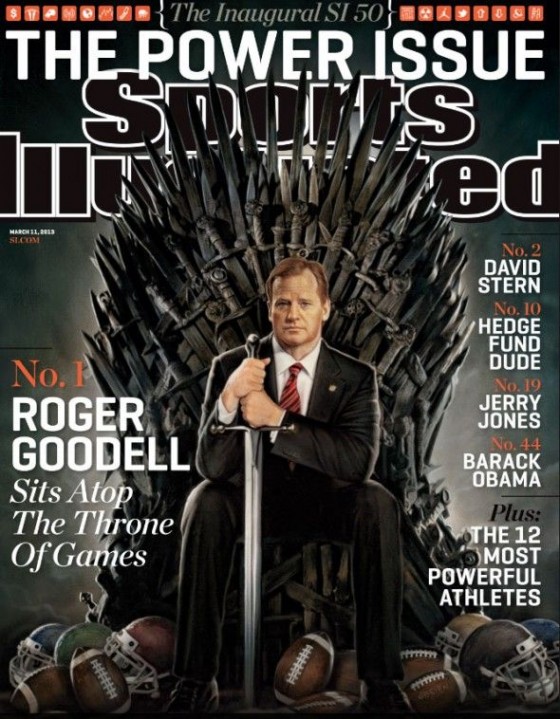 Goodell shares many qualities with the characters who sit upon the throne in the books and show. He has the petulance of King Joffrey, the obliviousness of King Robert and the sadistic streak of Mad King Aerys. We look forward to the day when players under his command rise up in rebellion.