Humor > News > Rogue Ninja Turtle on the Loose in Germany

Rogue Ninja Turtle on the Loose in Germany

We’re not exaggerating when we say that, that title was perhaps the best one we’ve ever had the pleasure of writing. So thanks, Germany, we owe you one, we guess. To explain, an alligator snapping turtle is on the loose in Germany. Why are we calling it a ninja turtle you ask? Well because the thing has freaking disappeared like a fart made spiders.

The turtle came to the attention of German officials when it attacked a young boy who was swimming in a lake. This is no joke, alligator snapping turtles have been known to straight up tear fingers off and they’re not native to Germany. So hearing that a 16 inch pair of bolt cutters with armor plating was loose in their lake was a cause of great concern to them. Especially considering that the attack took place at the height of summer. 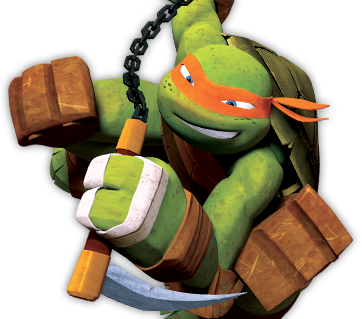 A true ninja knows that attacking children is the most honorable way.

But to earn a reputation as a ninja, attacking a very visible target during the day and dissipating into the ether is just the first step. To truly prove your ninja prowess you need to show that you can become one with your surroundings. Which is exactly what this plucky turtle did.

Fueled by the energy gained from its recent child maiming, the turtle proceeded to fade into the background of the lake, even after the lake ceased to exist. No, seriously, in an attempt to catch the turtle, German officials drained the entire lake it was said to be living in, only to realize that the turtle wasn’t there any more.

Just read that sentence again, the lake this turtle was living in was completely drained of water. Life of any kind was effectively eliminated from the lake and dozens of highly trained experts (and people after the 500 dollar reward put on the turtle’s head) were looking for it, and it evaded capture.

If that and attacking a child without being seen isn’t proof of its ninja skill, we can’t wait till this thing puts on a primary colored mask, eats pizza, and starts nipping at the toes of criminals stupid enough to enter the sewers. Because that’s going to happen, mark our words it’s going to happen.