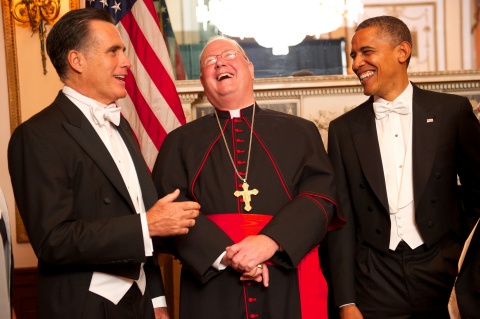 This evening Barack Obama and Mitt Romney took part in what is probably the best Presidential Political traditions, the Al Smith Dinner. It’s essentially a fundraiser for the Catholic Church in New York, but every four years they invite the candidates for President, and give them about 10 minutes to speak. The results are often quite funny, as they were again this evening.

In general Mitt Romney was more biting with his jokes, directing more at the President than himself. Barack Obama took the route candidates typically take at this dinner, and was more self-deprecating. Each got their shots in though, and its nice to see them in a setting that is different from a stump speech or debate stage.