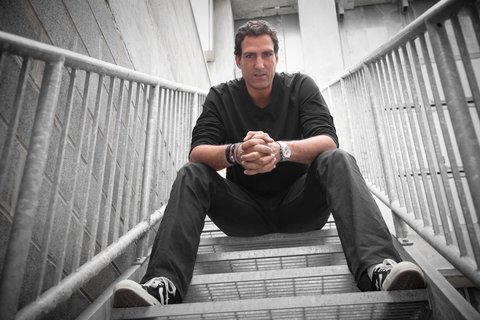 Rony Seikaly made a living on the basketball court as “The Spin Doctor,” where his athleticism and low post moves at the center position helped him lead Syracuse to the NCAA Finals and put together a highly productive NBA career, primarily with the Miami Heat. More importantly, it also made him one of the most unstoppable video game characters of the early 1990s in NBA Jam. Seikaly hasn’t stopped spinning since he retired from the game of basketball, as he now has a career behind the turntables as an internationally known DJ. His new single “Take Me Higher” is coming out this week and he was kind enough to take the time to talk with me about his two passions in life, basketball and music.

Gunaxin: Considering you spent the bulk of your career with the Miami Heat, do you still feel close with the franchise and in general, the city of Miami? How do you feel about the Heat’s past season and the way the “big three” went about their business?

Rony: Miami is my home town, I loved Miami from my first visit and never left since the day I got drafted. I think there was so much pressure on the big three to win that no matter how much they won, it would not be enough. I think they will only get better with additional role players to compliment their talents. Dallas was the better team this year and proved that team basketball wins over individual talent.

Gunaxin: What are you most proud of accomplishing as a NBA player?

Rony: My biggest accomplishment was making it to the NBA! It was a dream I never thought I could achieve as a youngster living in Greece and I was glad I could pave the way for other foreigners to follow.

Gunaxin: How long have you had a passion for music and how many years experience do you have as a DJ?

Rony: I always had a passion for music. Since the age of 14 I would play music for friends in a make shift garage that I turned into a club.  Now I am doing it publicly and feel very blessed that I turned my two passions into careers.

Gunaxin: Can you talk a little bit about what you hope to contribute to the House Music scene? 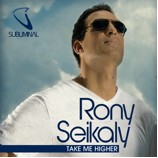 Rony: Music is like art, my taste may not be someone else’s taste but that’s what makes music such a challenge.  I want people to smile and have a great time.  As long as the majority like it and have a good time that’s all I can ask for. You can’t please everyone.

Gunaxin: What are you hoping to achieve in the coming years? Will you strictly work in the music business or do you still have any involvement in the game of basketball?

Rony: I have my own label coming out soon, “Hand Stamp Records” It is under the umbrella of Strictly Rhythm.  I am fully involved in the music business and plan to go as far as I can. As for basketball, I have become just a big fan, no involvement.