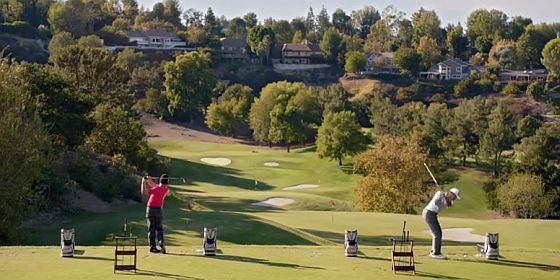 It’s hard to believe, but it’s been 20 years since the best basketball commercial of all time was released. The 1993 McDonald’s spot, “The Showdown”, featured NBA stars Larry Bird and Michael Jordan in a game of horse that had no rivals. The three part ad had the future Hall of Famers matching trick shot for trick shot, as the difficulty reached higher and higher levels.

Now, two decades later, the biggest names in golf have cut their own version of “The Showdown”. In his first spot for Nike Golf Rory McIlroy takes to the driving range with Tiger Woods, and the pair aim for every cup in sight (and a few out of site.)