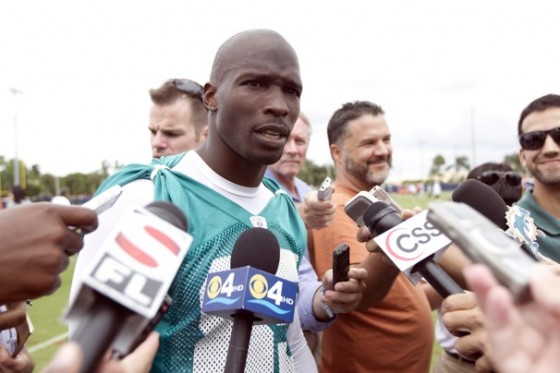 Former Dolphin, Chad Johnson’s week just keeps getting worse and worse it seems. After flipping out and accidentally head butting his wife Evelyn Lozada, which landed him in jail, he has continued on the downward spiral by losing an endorsement deal with Zico, who makes coconut water. Although he could replace that income by working in pornography, his next blow was then getting cut by the Miami Dolphins. 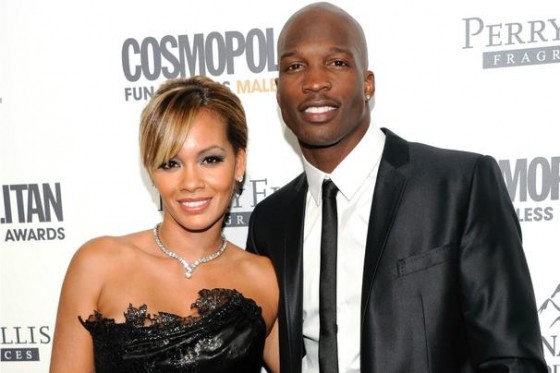 Talk about a rough time! The kicker, no pun intended – well maybe a little, came when his wife filed for divorce after the incident claiming that the union had been irretrievably broken. The couple had been married for only forty one days. Johnson, formerly known as Chad Ochocinco, has played in the NFL since he was drafted by the Cincinnati Bengals in 2001. His career has been on the decline in recent years and he was a free agent until he was picked up by the Miami Dolphins.

So how did the whole head butting event occur? Well, his wife, Basketball Diaries star Evelyn Lozada, found a receipt for the most expensive box of condoms ever in his wallet and confronted him with it. Consider this, the couple had only been married for forty one days when the incident occurred and he is already cheating on his wife? What??? Maybe he shouldn’t have stored the receipt for these high-end, “super” condoms right in his wallet.

Come on guys. What lessons can be learned from this situation? If you are going to cheat on your partner, do not store the receipt or phone numbers where she can find it. Did everyone not learn from Tiger Woods? That is the first lesson. The second lesson is to not head butt your wife. You risk losing all of your endorsement deals, risk her filing for divorce, and risk being fired from your job as a player in the NFL. Sometimes it takes learning the hard way it seems. Chad Johnson sure did. Maybe he needs to change is name a third time to Chad Thinkingwithmyjohnson.