Sports > Football > Running Back Sleepers for 2015

Running Back Sleepers for 2015

Lamar Miller emerged from his slumber last season. Can he do it again?

Fantasy Football is an imaginary sports football game that has close to 34 million players yearly. Each player owns a team of active NFL players and they earn points based on those players real life performances. It has made watching football even more fun. This is not a history lesson on the story of Fantasy Football. That would not be why you are here anyways. You came here because of you need help determining the players that no one else is truly thinking of drafting in the later rounds. You know, the sleepers. Running Back is typically the most important position in Fantasy Football. So with that in mind, here are eight sleeper Running Backs we’re looking at for our rosters this year. 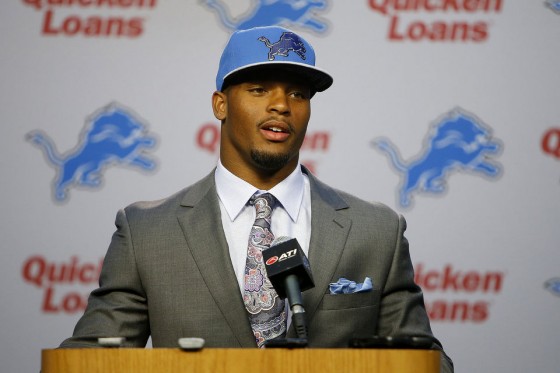 Rookies are always hard to judge because the leap from the NCAA to the NFL is so wide that even the greatest RBs struggle in the NFL. Injuries are another aspect that owners should be aware of. When a RB gets hurt, what was the reason? It seems like Detroit always looks great on paper but fails to reach the level they should maintain due to a constant bad run of injuries to their players, especially at the RB position. Joique Bell is a great option but he might not be ready for 100% of the work on day one which leaves the door open for Ameer Abdullah to show us what he can do. The first few weeks of the season look tough for Detroit so expect to see a mix of Ameer and Joique. But we expect Ameer to take full advantage of his opportunity behind Bell. 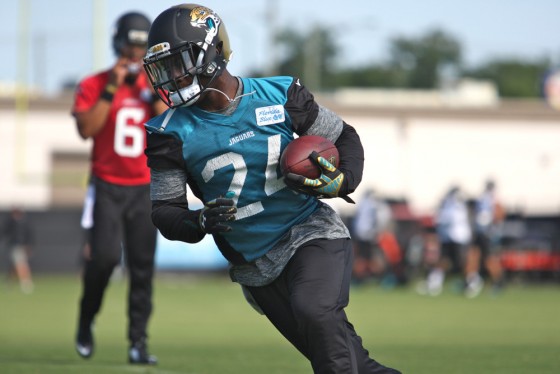 The same rule applies to T.J. Yeldon. He is a rookie RB and should be treated as such. He is playing for a team that has not been able to get much good luck recently but he has a good offensive line in front of him so we expect his talent to shine. He might be drafted around the mid to late rounds so make a decision on him quickly and hope for the best. We know we will. 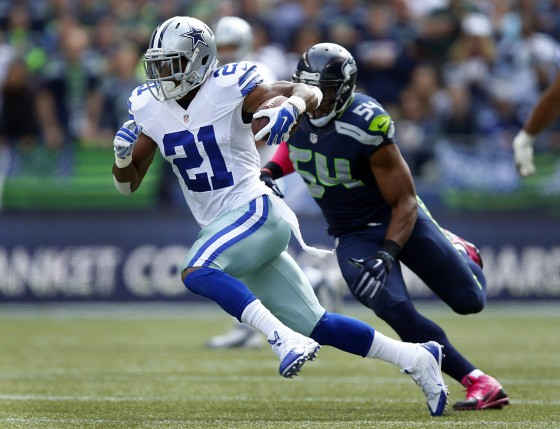 Dallas has the best offensive line in the NFL. They are so good, some might argue that DeMarco Murray’s fantastic 2014 campaign was completely due to the line that blocked for him. That is a shame to hear but it is scary that most people actually considered it. They are that good. Joseph Randle is good enough to be great and we are telling everyone to draft him. Darren McFadden might look great today and he might have a great first half in week one, if he plays, but expect one thing out of him, he will get hurt. 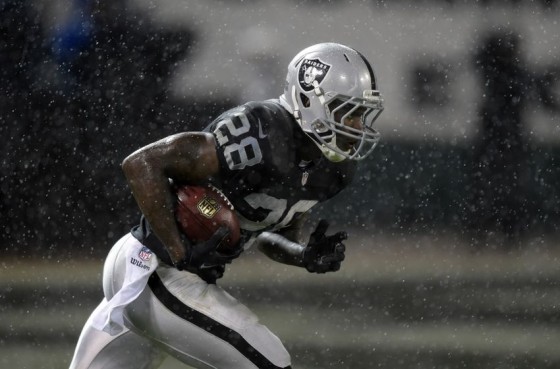 Finally? Is this the year we get to see a healthy Latavius Murray explode into elite RB1 status? The world seems to think so and we agree. We love this guy. He is built like a beast but runs like an Olympic champion. It is not fair for a man this large to be the fastest on the field. Imagine if Adrian Peterson was two inches taller and a little bit faster. Then you would have Latavius Murray. This guy needs to go high. We hate talking about injuries so do not bother worrying about that crap. Just draft him as soon as possible. 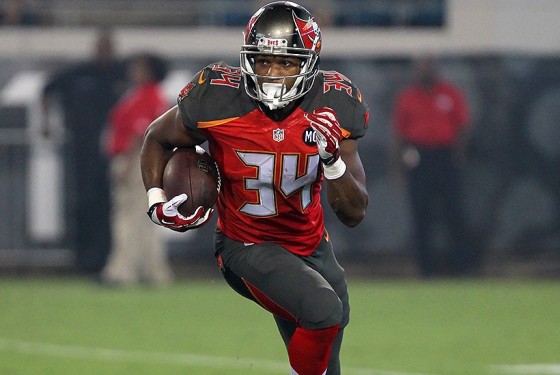 There are a lot of players in the NFL that have had injury problems that have limited their potential. Doug Martin is one of those types and that can only mean great things for Charles Sims in the near future. Most analysts are already anticipating an injury to Martin and Sims has slowly climbed up the charts. He is risky but if Martin is hurt, you will not be able to pick this guy up on Tuesday morning. So plan ahead and take this guy late. 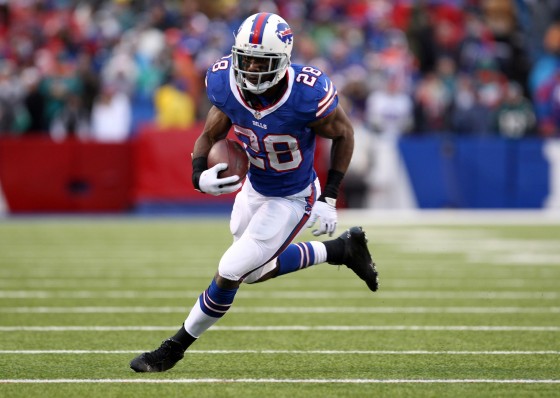 After hearing so much positive feedback from New Orleans it is hard to pretend that C.J. Spiller isn’t going to unload in the Big Easy. In PPR, point per reception, leagues, he is a terrific pick. But what most people are not thinking about is how much he can break into the open field and turn a 3 yard rush into a 89 yard score at any given moment. Darren Sproles is the comparison but Spiller is bigger and better at running between the tackles. If he isn’t ready for Week 1, he will be ready for 15 games and that is enough to win you a league on catches alone. 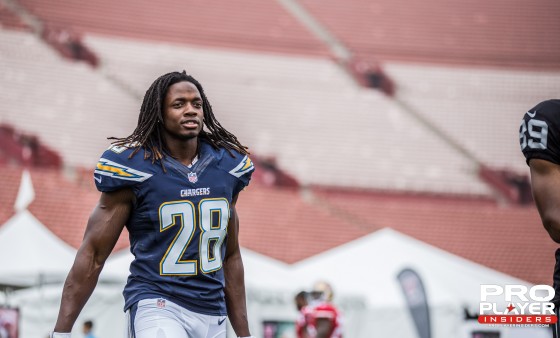 In San Diego, having a star running back is something they have been looking for since the departure of Ladanian Tomlinson several years ago. It is the missing piece of the puzzle for a team that should be winning 10 or more games a season. Melvin Gordon is the real deal and he is going to be an instant impact on the coast. If you expect him to struggle and decide not to take him, you will be sadly mistaken when it comes to the playoffs. 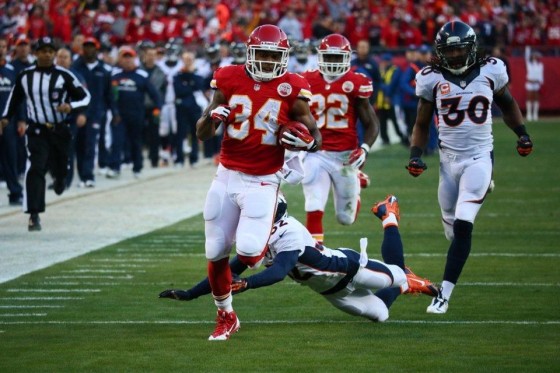 Jamaal Charles is a tackle away from a season ending injury. Most players in the NFL that have played the running back position can attest to the same feelings. Knile Davis has a lot of talent and is good enough to make some big plays right away for the Chiefs offense if Charles does need a rest. All it takes is a chance. 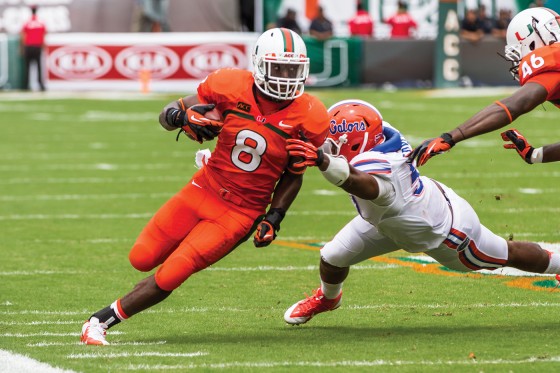 Tony Grossi, ESPN writer and Cleveland Browns analyst, said on Twitter when asked how big a role Duke Johnson will have in the Cleveland offense, “If healthy, sounds like real big.” So it is not just us making this stuff up. There are people all over the country confirming what we already knew.