Running With The Devil : Review 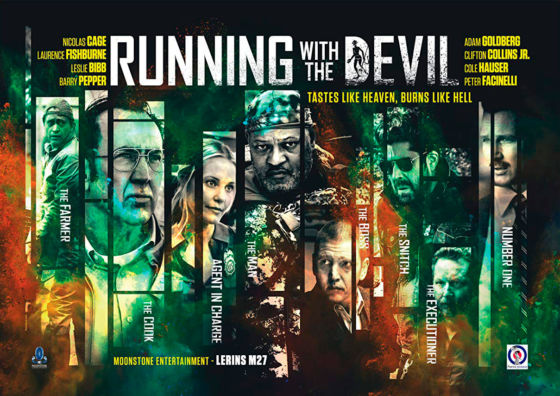 What Running With The Devil has working in its favor is a high-profile cast and its low-key, typical-everyday manner. But the film’s objectivity and matter-of-factness has the effect of making it come off dry and flavorless, with its didactic tones overpowering its performances and vibe. Writer/director Jason Cabell’s dramatization of the cocaine trade, from cultivation to final sale, is a watchable film in the vein of Steven Soderbergh’s Traffic but lacks its spirit and pull. 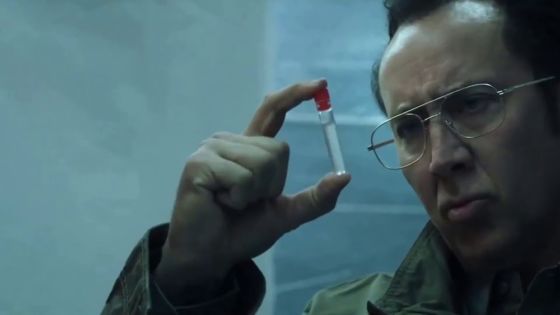 It’s interesting to see Nicolas Cage in a completely dialed-back, almost nondescript role as The Cook – a quietly awkward pizza chef who spins on a dime to his other life as a cocaine kingpin. Both sides show a fastidious, methodical worker who cares about his product, and both show just a hint of ruthlessness bubbling under the surface. When he’s hosting a soccer party, he’s all smiles until he sees the trophy and, with a slightly perturbed bent, asks the coach for first place next season. Likewise, when asked to kill a wayward co-worker, you see how The Cook’s mild manners only go so far before being pushed over the line. 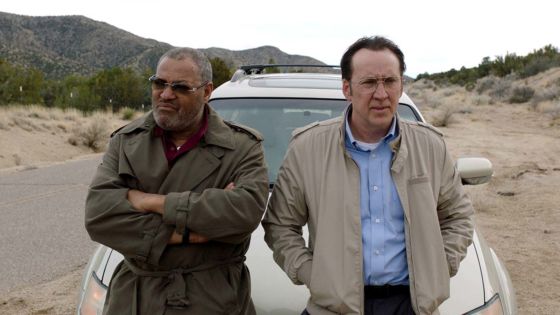 The Cook is just one cog in this machine, second only to The Boss (Barry Pepper), who also employs The Executioner (Cole Hauser), The Farmer (Clifton Collins Jr.), and The Man (Laurence Fishburne). On the other side of the legal coin, the Agent in Charge (Leslie Bibb) and Number One (Peter Facinelli) are the Drug Enforcement Administration’s representatives in this portion of the War on Drugs, with the Agent in Charge making her role especially personal after her niece finds her parents dead of overdoses. 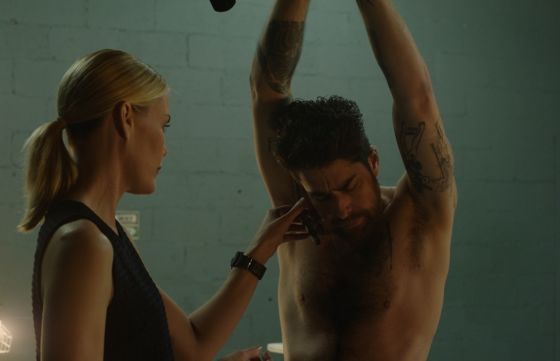 Cabell’s nomenclature system – expressed in overlaid titles as a means of introduction – at once defines their roles and also dehumanizes them, shifting our attention away from who they are and making us focus solely on what they do. It truly is a machine on display here, with lives deemed as expendable and unnecessary as a piece of lint you might brush off your shoulder. Without names or histories, you’re left with two choices: either give your characters rote attributes, or exaggerate them to the point of comedy, both of which Cabell does with very little middle ground. Mostly everyone in this movie is either a cold-blooded bastard or a freewheeling weirdo, indicative of the sights Cabell may have seen as a former Navy Seal working with the DEA.

The film plies its trade with vignette after vignette a the cocaine is processed and begins its long journey from Bogotá to just above the US/Canada border. We see the shipment endangered every step of the way, with The Cook and The Executioner observing the process; “Quality control,” The Cook calls it, as shipments have been getting light and The Boss is wondering who’s skimming the product. From The Farmer to The Man the shipment goes, with people gunning for the bags of cocaine and help coming from the oddest of places. The Cook is there at all stages to test the cocaine for purity, and when the skim has been traced, the measures he takes change everything for him and the rest of the syndicate. 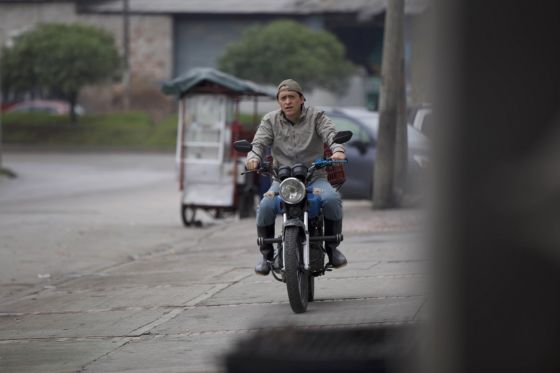 Running With The Devil is competently made, but it is dry as a bone. There’s no flavor, no avid spark powering the film; instead, we hang on the suspense of the shipment making it to its final destination. A late-game betrayal feels like it should mean more, but the lead-up and follow-through make it ultimately meaningless; it almost feels like someone told Cabell “something should happen HERE!” and he went with it. Of course, this plays into the rest of the film which follows, making it a core part of the film, but something about it feels detached.

This sense of detachment permeates the film, and its wish to remain objective stills any hope for big action or emotion, leaving Running With The Devil as clinical as The Cook’s cocaine inspections. Its impersonal attitude makes sure we see only what we need to see, never delving into metaphor or symbolism. At times, this feels like a bigger-budgeted, better-acted version of those films we used to watch when Officer Duda brought the drug briefcase to grade-school assembly (respects to all you St. Michael’s kids). The slimy pusher, the depravity of addiction, the snitch who gives up the drug ring – they’re all there. The extra footage after the “Directed by” title at the end only serves to cement this film’s bleakness, implying that the War on Drugs is just an endless fight. Cabell’s morality play serves well, just not as entertainment.

Running With The Devil

Cabell’s dramatization of the cocaine trade, from cultivation to final sale, is a watchable film in the vein of Steven Soderbergh’s Traffic but lacks its spirit and pull.