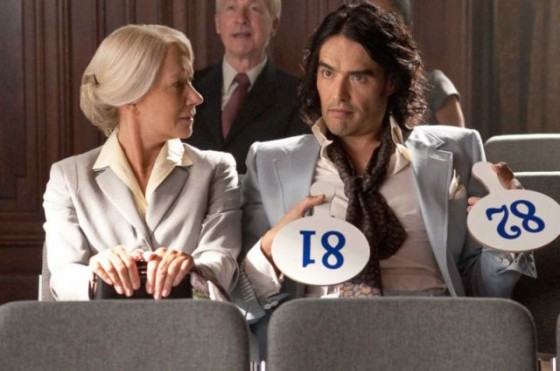 I don’t have very high hopes for the upcoming Arthur reboot starring comedian Russell Brand. Improving on Dudley Moore’s 1981 original seems impossible. Moore was perfect playing a likable, childlike drunkard. Brand comes across as a prick most of the time. Not that there’s anything wrong with that per se, but the beauty of the Arthur character was he was someone you rooted for, despite his glaring faults. Helen Mirren assumes the role of Hobson, made famous by John Gielgud, who won a well-deserved Best Supporting Actor Oscar. I like Mirren, so she might be the only saving grace (along with Luis Guzmán playing limo driver Bitterman). Anyway, here’s the first trailer for the flick. If it’s supposed to be funny, it fails miserably.