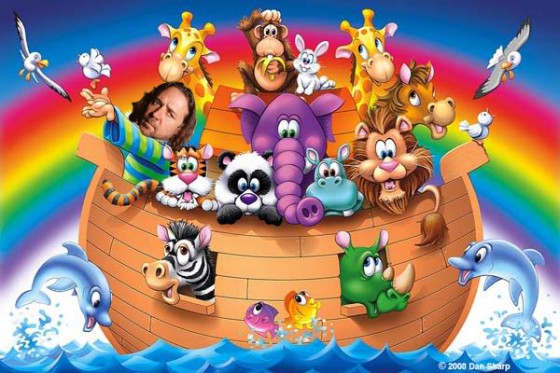 Rumors have been circulating for months that Russell Crowe was in line to be cast as Noah in writer/director Darren Aronofsky’s filmed version of the legendary biblical story. Well, those rumors turned out to be true, because Crowe is indeed going to play religion’s most famous mariner.

I’d like to thank Paramount and Regency for backing my team’s work to breathe new life into the biblical epic,” Aronofsky (“The Fighter”) said in a statement. “I rejoice that Russell Crowe will be by my side on this adventure. It’s his immense talent that helps me to sleep at night. I look forward to being wowed by him every day.”

Seems like a solid choice. Crowe has already played a sea-captain in Master and Commander: The Far Side of the World, is more than capable of sprouting a manly man’s beard, and also happens to look fetching in biblical era garb.

An added bonus: Noah was known to be quite the wino, and let’s just say ol’ Russell isn’t shy about downing a few pints. Second added bonus: being a huge foreskin proponent, Crowe can rest easy knowing that Noah wasn’t Jewish and therefore packed a natural-born penis untouched by the evils of modern science.

Speaking of Noah, dude was one helluva dancer back in the day.