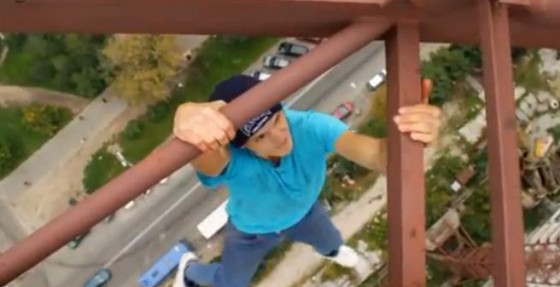 This video will literally make your palms and feet sweat.

This is a Russian kid, who drinks bear adrenaline and cocaine before and after sleep (presumably) then climbs things with no harness or safety net.

He doesn’t even use CHALK! He’s better than Tom Cruise in his climbing ability and being the acceptable form of fucking crazy. 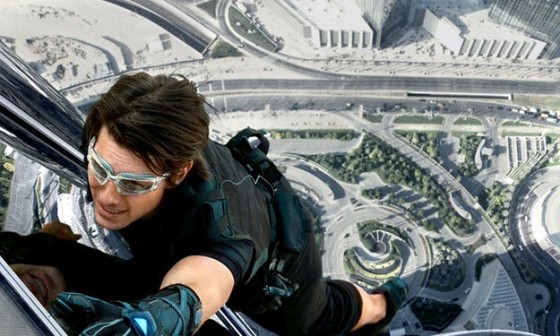 Note : Soundtrack to this video is NSFW.

It says a lot about Russian TV if climbing cranes is the top story of the day, as opposed to watching episode 231 of The Big Bang Theory.

Oh and obviously, don’t try this, you’re not this badass.