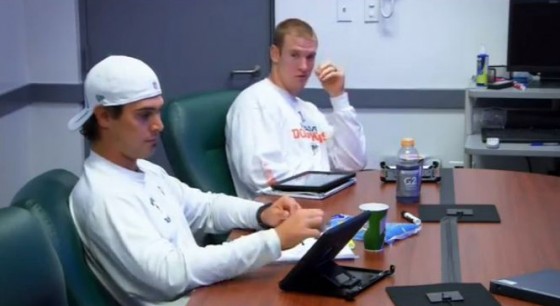 The Miami Dolphins Hard Knocks has been relatively milquetoast thus far. Oh sure, the Chad Johnson dismissal was interesting, but for the most part, it’s been a meh season. That being said, rookie quarterback Ryan Tannehill’s revelation that he knows jack shit about the NFL divisions is absolutely priceless. Especially since Matt Moore of all people is the one who has to tutor him on which conference the Chiefs are in. Jesus H Retard, Tannehill’s football acumen better be more fine tuned than his geography skills or he’ll be selling insurance within two years.