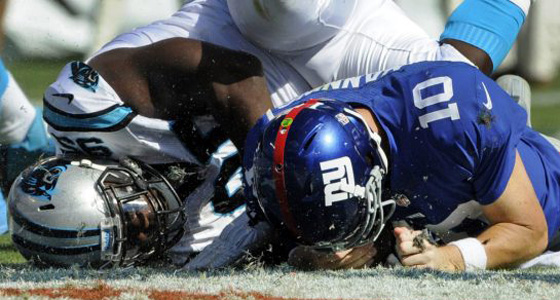 There is a lot good going on in the NFL right now, with several teams that are still unbeaten. There are also teams on the verge of making historic turn-arounds. Of course, praising them is kind of boring. That would be why the tantalizing premise of the Jacksonville Jaguars not winning a single game this season is so great. Either go all the way good or go all the way bad. We do not want to see any 1-15 action here. At this point in the season though, the Jaguars do manage to have some surprising competition for the title of being worst in the NFL. Three weeks into the season, and these teams have yet to win a game: 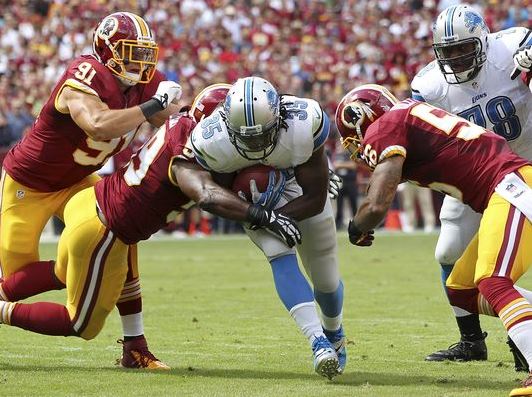 It actually seemed like the Detroit Lions were genetically incapable of winning in Washington. They had not been able to accomplish this goal in something like twenty attempts. As a matter of fact, the last time that the Lions beat this team in an away game, they were in Boston. The Lions really seemed gift wrapped for the Skins to turn things around. After all, weren’t the Redskins a playoff team last year?

As the saying goes though, “On any given Sunday….” The blame of course is mostly going to fall on Robert Griffin III. When your own teammates are coming up with conspiracy theories about your knee brace, you would honestly rather be talking about health care in the nation’s capital.

However, the bulk of the blame for this debacle lies with a historically bad defense. Jim Haslett has not handled the transition of this defense well at all. As a matter of fact, all you need to know about Jim Haslett is that he once leaked a ‘rumor’ to the press that he would be interested in coaching the University of Alabama Crimson Tide. Robert Griffin III is like a pitcher with no run support. If the defense can keep the opposing team to under three hundred yards and Griffin still does not win, then we can really start the drumbeats for Kirk Cousins. 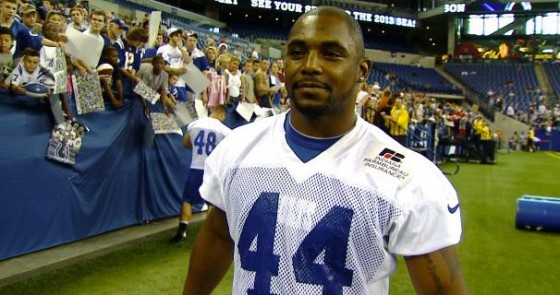 If there was any team that seemed like they should not worry before last weekend, it was the New York Football Giants. Sure, Eli Manning had thrown too many interceptions. However, Eli has always locked up in games against his brother, and Peyton may well be in the midst of one of the truly great seasons for a quarterback in history. The Carolina Panthers were a winless team, so this really seemed like the weekend for the Giants to turn things around. The Giants took this opportunity to do nothing less than make the Panthers look like one of the most dominant teams ever. That was an annihilation which may not only hurt the Giants this season, but spook them for years to come.

The truth of the matter is that the loss of Ahmad Bradshaw to the Indianapolis Colts hurt the Giants more than they would have originally believed. David Wilson has not emerged as a great fantasy back. David Wilson has not even emerged as a viable starter at the position. The Manning / Coughlin combination has produced some real surprises in the past, but the way things are going, the Dallas Cowboys may have the division wrapped up by November. For the record, there will not be a wild card coming out of the NFC East. 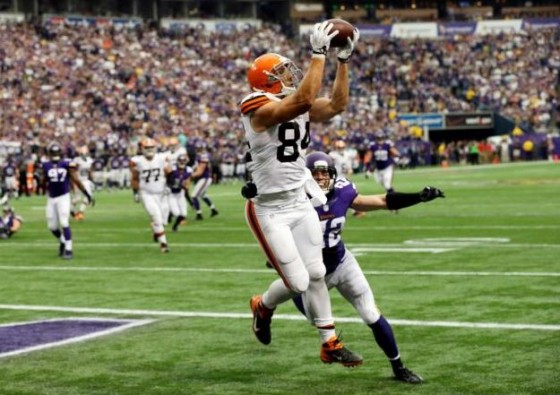 Do you remember when you were a kid and another kid would give you an advantage in a game just to get you to play them? Did you ever accept the challenge and then go on to lose anyway? The Minnesota Vikings must be feeling about the same way now. In the week prior to the game, the Cleveland Browns announced that they were starting a third string quarterback and traded away their top running back. The Browns had not won a game, and Cleveland management is giving up on the season and would prefer a number one pick in the upcoming draft. They were ripe for a beating.

The Vikings want to build on their success from last season, so the planets seemed aligned for a good day for the Vikings. Like the Giants and the Redskins, the Vikings saw a game which should have been a gimme turn into a season crushing loss. Perhaps the worst part of the entire equation is that this week was quarterback Christian Ponder’s best performance of the season. This would seem to indicate that even playing well against a bad team, the Vikings still come up short. That usually means a really long season is coming up. 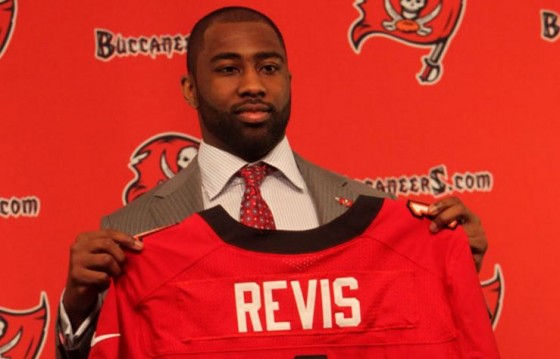 Turn on a sports program any day of the week anymore and you will see a story about the Tampa Bay Buccaneers. The trouble is that you will not manage to find a single positive story about the Tampa Bay Buccaneers. Last weekend, the Bucs went from a team who were simply not able to win down the stretch to a team who were legitimately terrible. The Bucs are not playing up to their potential.

In keeping with great ‘Pirate’ tradition, this is almost a full-out mutiny against Greg Schiano at this point. After this season, one of two things is going to have to happen. The first thing is to simply get rid of Greg Schiano and let him go back to being a nightmare for college players. The second option is to get rid of every player who is not going along with Schiano’s program and replace them with younger more compliant players. It all comes down to how much Bucs ownership believes in what Schiano is doing and how patient the ownership wants to be. Patience is not typically a virtue in today’s NFL. The great John McKay could have a five-year worst to first plan with Tampa Bay. Greg Schiano will probably hope that Texas is hiring. Possibly the worst news out of Tampa Bay this week is that we will not see the throwback ‘creamsicle’ uniforms this year because of helmet issues. 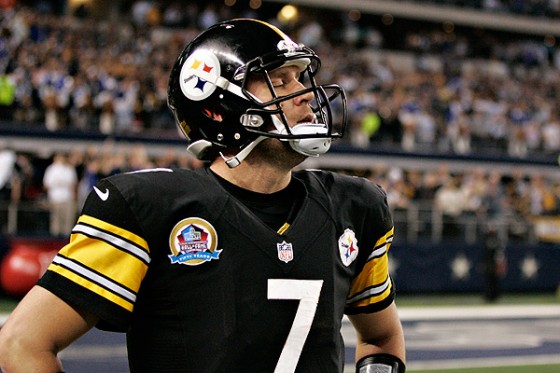 The main problem with the Pittsburgh Steelers is that they were built for one primary purpose. The Steelers were built to play with as well as protect a lead, working on the assumption that they will have a lead after the first quarter and then smartly nurse it for the rest of the game. The trouble is that the Steelers are a mediocre team with no come-from-behind ability, and their game plan doesn’t work when they get behind.

The defense is predicated on the fact that they will create turnovers. Turnovers are created by daring opportunity. You can’t really be daring when your purpose is actually to stop the other team from scoring. Their coach has literally zero experience coaching a bad team. All Mike Tomlin can do now is just scream the word ‘accountability’ increasingly louder. The good news is that the Vikings are coming up next week. You would think that someone has to win that game. 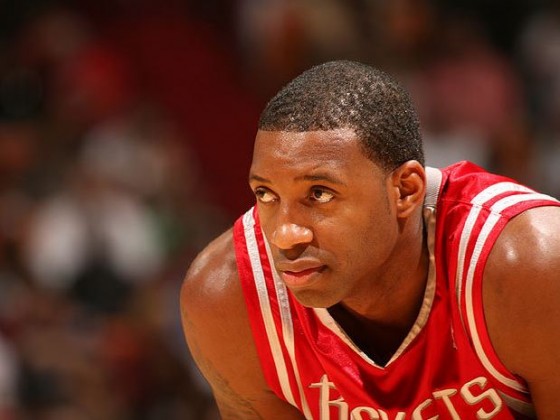 Tracy McGrady retired from the NBA and thinks that he can play wide receiver for the Jaguars. He might not be wrong. Jacksonville’s most popular player is Tim Tebow and the team refuses to even sign him. The Jags are currently in the statistically toughest division in the NFL, and have the Colts coming up this weekend. The Colts just traded for Trent Richardson and beat the San Francisco 49ers (who were in the Super Bowl last year.) A win doesn’t seem likely.

There are only two ways that the Jaguars can make this season even memorable. First, go for 0-16. If you are going to be bad, be so bad that they talk about you and your ineptitude for decades to come.

Or maybe, start trying every ridiculous idea that comes down the pike. Start Tim Tebow as a quarterback? Why not? Tracy McGrady as wide receiver? Absolutely. Flea-flickers and Drop Kicks? Sounds awesome! Disco demolition night? Where do we set fire to the mirror ball? It’s a lost cause, why not just go ahead and make it a fun lost cause? Trade Maurice Jones-Drew for a stack of Amazon.com gift cards to hand to fans as they walk into the stadium. You can lose just fine without him.