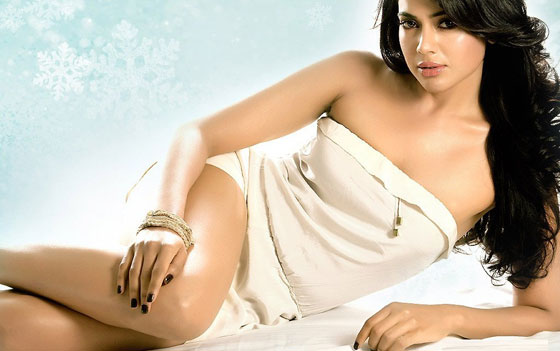 Sameera Reddy was first noticed in a music video and later made her film debut in 2002. More recently she earned rave reviews for her portrayal of a confident and down-to-earth girl in Vaaranam Aayiram. Sameera described herself as a “Tomboy” and “the ugly duckling in the family”, while citing: “I was plump, had glasses and my glam quotient was rather low till I was 19”. Look out for more of Reddy, as she is definitely a star on the rise.