Sports > Other > Samuel Deeds 400 at the Brickyard

Samuel Deeds 400 at the Brickyard 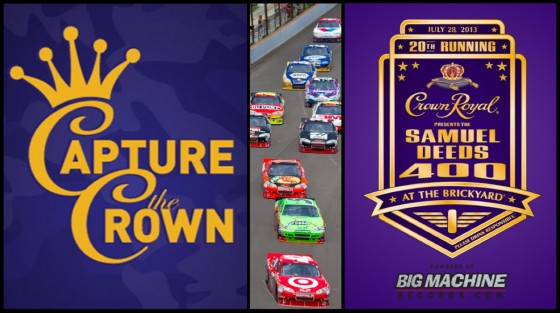 This weekend, Gunaxin is proud to be participating for the second time in Crown Royal’s annual Capture the Crown program in Indianapolis. Previously we won the event in Richmond, and this time we’ll be competing at the “Crown Royal Presents The Samuel Deeds 400 at The Brickyard Powered by BigMachineRecords.com”. It’s true that the race has more names than the Royal Baby, but the one you should focus on is Samuel Deeds. 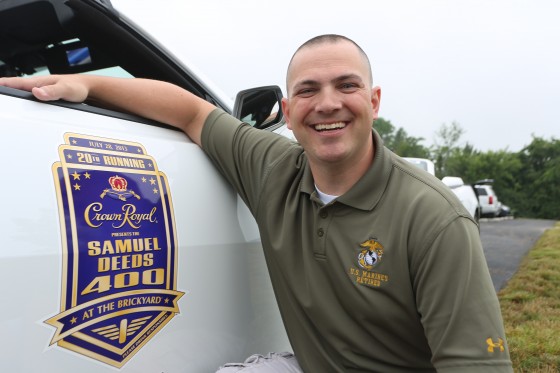 Each year Crown Royal awards race naming rights to a hero as selected from 5 nominees by a fan vote. This year’s race is named for U.S. Marine: Gunnery Sergeant Samuel Deeds (Twitter).

While deployed in Iraq, Deeds came across an improvised explosive device (IED) while setting up a vehicle checkpoint. Upon seeing fellow Marines approaching, he exposed himself to the device, risking his own life to save others. He was severely injured and underwent more than 30 surgeries and procedures following the blast. Three years later, while still recovering, Deeds’ heroic instincts took charge once again when he saved the lives of three individuals caught in a rip tide off the coast of North Carolina.

As the winner of the program, Deeds will participate in a VIP race weekend experience, riding in the pre-race pace car, delivering the trophy bearing his name to the race winner in Victory Lane, and participating in the “kissing the bricks” ceremony following the race.

Capture the Crown is an experience based scavenger hunt that takes place on race day, and this year it features five teams of four competing. We’ll be teaming up with Guys Gab, Joe’s Daily and Jersey Girl Sports and hope for another trip to victory lane! You can follow all of the action on the hashtag, #CrownHeroes.

Capture the Crown is the ultimate NASCAR experience as you can see from our recap of the 2011 event. This year we’ll be treated to a concert by country music star Justin Moore. He just released his special song “Heroes” in honor of this year’s event. For every free download between now and the Samuel Deeds 400 at the Brickyard, Crown Royal will donate $1 to Armed Forces Foundation. You can hear the song and see Samuel Deeds winning in the video below: