Media > Television > Sarah Silverman and Demetri Martin : Back to Back

Sarah Silverman and Demetri Martin : Back to Back 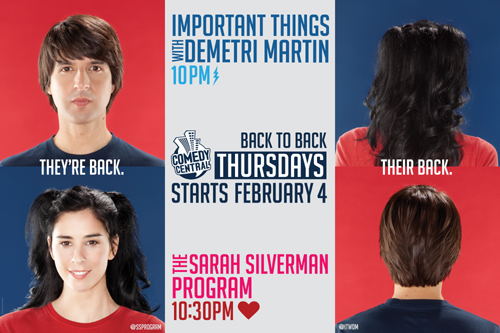 It has been a long time coming but The Sarah Silverman Program is back on Comedy Central, so now we can all rejoice and watch Sarah’s unique brand of shock humor each week. There’s another show called Important Things with Demetri Martin that I’m anxious to check out, as well. 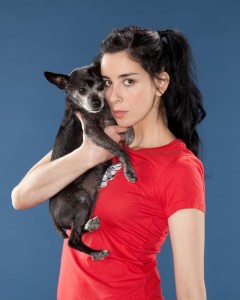 Gunaxin caught up with Sarah and asked her what she would be doing if she wasn’t in comedy. We thought it would be phone sex, but she responded that she would be ‘Working with retarded adults.” We didn’t believe her when she said that, and thought she must be referring to an upcoming episode of her show. It turns out, she was.

Sarah Silverman. Demetri Martin. Back to back. Comedy Central is bringing you an all new Thursday night comedy block with the return of Important Things with Demetri Martin and The Sarah Silverman Program, starting February 4th at 10/9c! In the second season of his hit sketch comedy series, comedian Demetri Martin tackles more significant stuff and imperative items, and Sarah Silverman is back and ready to resume all the terrible language, unabashed ranting, and sweet, sweet self-absorption you’ve missed so much! Join us Twitter here and here ! Visit the Official Site for more!

To help promote these shows, two winners will receive a prize pack courtesy of Comedy Central: