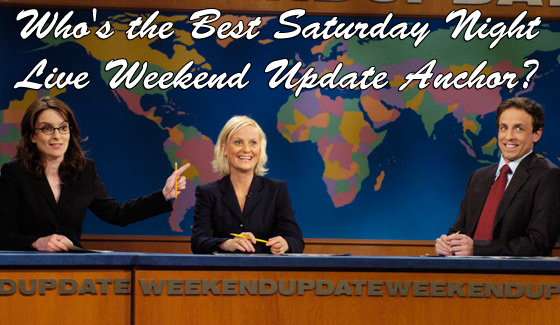 One of the reasons people still watch Saturday Night Live is because of Weekend Update. However, some of the Weekend Update anchors over the years have been hit or miss, as well, and these folks keep that segment for several years. As we watch yet another season of Seth Meyers, let’s look back and decide, who is the best SNL Weekend Update anchor? VOTE AT THE BOTTOM.

Chevy Chase was the first Weekend Update anchor but only did it for the first and his only SNL season. The show was considered groundbreaking at the time and this was back when he was funny.

Curtin held the reigns for several years and sideshows such as Dan Aykroyd and Bill Murray certainly helped, but Curtin is hardly known for being a great anchor. She seems more memorable as the Conehead mom.

Miller hit the nail on the head with the Weekend Update anchor position. His brand of humor made him one of the most popular anchors the show has ever had.

Nealon was fine on SNL, but then he took the seat on Weekend Update, delivering corny jokes that didn’t even draw laughs from the studio audience. We found ourselves screaming for Dennis Miller to return.

MacDonald’s humor can be summed up like this: dry and dirty. Oh, and also, unfunny. 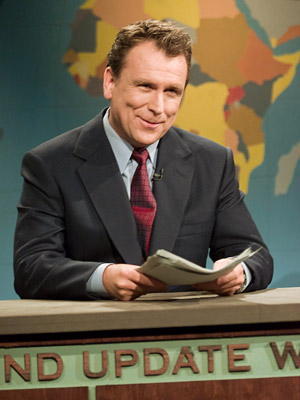 To me, Colin Quinn was the worst anchor SNL has ever seen. He delivered his jokes like a New York mobster who was daring you to laugh.

Fallon & Fey had good chemistry together and made Weekend Update moderately funny again, after nearly a decade of being unfunny. 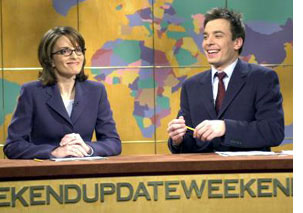 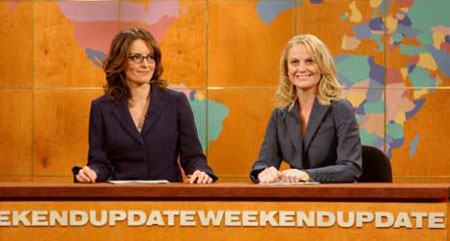 Really? With head writer Fey gone, Poehler & Meyers continued with a similar brand of humor as the previous six seasons.

Poehler’s departure left Meyers solo. The Weekend Update segment continues to be moderately funny, but we still long for the days of Dennis Miller.