Media > Television > Saved by the Bell: Where Are They Now?

Saved by the Bell: Where Are They Now? 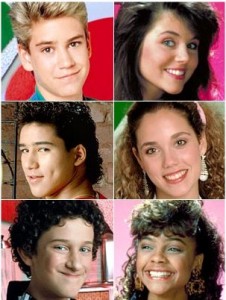 It’s hard to imagine but Saved by the Bell aired its first episode 20 years ago. The series lasted for 4 years as fans followed the exploits of several students and their principal at Bayside High School. The show starred Mark-Paul Gosselaar, Mario Lopez, Dustin Diamond, Lark Voorhies, Elizabeth Berkley and Tiffani Thiessen. The show launched the careers of several of its cast mates, but many were typecast into their Saved by the Bell roles for years afterwards. All that remains these days are re-runs, so let’s take a look at what everyone is up to 20 years later. 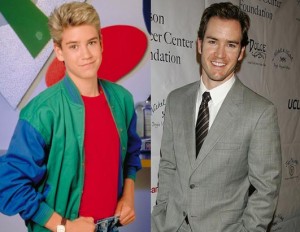 Then: Zack Morris, Bayside High’s resident heartthrob, cool guy, rich kid, and trouble maker, was behind every scheme and shenanigan of the show’s four-season run. Through girl drama, detention and even an imaginary band called Zack Attack, Zack was the kind of friend you could always call on … if you had a giant cell phone, of course.

Now:  After Saved by the Bell, Mark-Paul went on to the less successful spin-off Saved by the Bell: The College Years before moving on to several more TV dramas. Really – do Gunaxin readers care? Let’s face the facts. Pretty boy Zack Morris typecasted Mark-Paul as a smartass and could never be taken seriously again. Still – for his four year stint on Saved by the Bell, he is set for life as long as the re-runs keep airing. 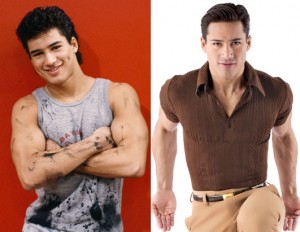 Then: Albert Clifford or better known as A.C. Slater was the kind-hearted wrestling/football jock who challenged Zack for Bayside High’s alpha male status. His dimples, muscles and gentle heart made the Bayside High girls swoon every time he opened his mouth, regardless if he had a curly mullet. He spent his time at Bayside High jockeying for Kelly’s love, but eventually settles for getting lovin’ from his mama, Jessie Spano. 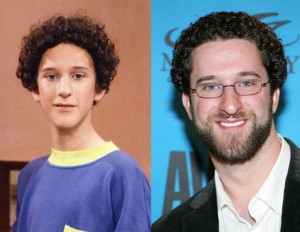 Then: Screech Powers was the naive and nerdy valedictorian with squeaking voice, curly hair and clashing fluorescent-hued wardrobe to match. Screech was Zack’s confidant and eternal servant. One of the running gags was Screech’s fruitless attempts to woo Lisa. His romantic feelings for her were never returned and often rejected with insults and jokes, but he kept at it and eventually went to his senior prom with Lisa in hand.

Now: Ahhh now Dustin is a real winner. Not only was he seen as a complete loser during all four years on the show, shockingly, he is still seen as a complete loser 20 years later. In 2006, a sex-tape entitled  Screeched, aka Saved by the Smell, was released by Red Light District, which features Dustin with two women in which he manages to give one of them a Dirty Sanchez. Nice job Dustin- ya loser! 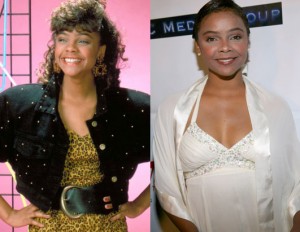 Then: Lisa Turtle, the original gossip girl had the scoop on who was dating whom, the latest fashion trends and where the party was (if The Max was closed). Sandwiched between Screech’s unrequited love and Zack’s infatuation with Kelly, Lisa was unfortunately relegated to the role of asexual fashionista.

Now: Once engaged to comic Martin Lawrence, Voorhies ended an eight-year marriage in 2004 and told OK! magazine in 2007 that she now spends her time writing screenplays.

In traditional racist Gunaxin style, we do not include a gallery of Lark Voorhies. Just kidding – Lark is hot, but a search of the internet finds no good pictures of her. 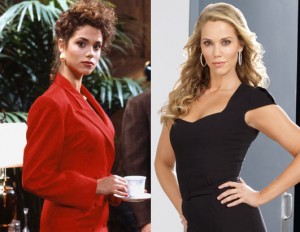 Then: Jessica or better known as Jessie Spano was the hyperactive bookworm who was always involved in melodramatic teen obstacles, from feminist battles with her man hunk A.C. Slater to her constant worries about maintaining her straight A’s streak. Like Lisa and Screech, Jessie is Zack’s childhood friend.

Now: Has been in several episodes of CSI Miami and has hosted reality dance show “Step It Up and Dance.” 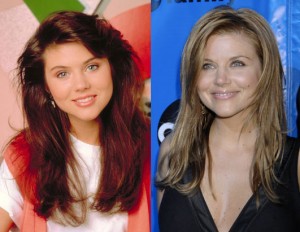 Then: Lastly is Kelly KaPOWski. Head cheerleader, captain of all the sports teams and object of Zack Morris’ affections, every girl wanted to be Kelly and every guy wanted to be with her. She had a thing for older men, but eventually settled down with Zack, marrying him in ‘Saved By the Bell: Wedding in Las Vegas.’ Considered the most popular girl in school, Kelly was also known as one of its nicest and most squeaky clean.

Now: Tiffani-Amber Thiessen had a brief stint on Beverly Hills 90210 before doing some lesser roles and deciding to focus on motherhood with her husband and actor Brady Smith. Booo!!!!!!!!