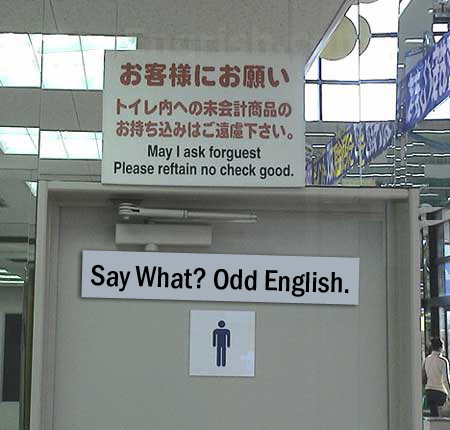 I have personally never been to ‘The Orient’, by which I mean China, Japan, or either of the Koreas. I really don’t have any immediate plans to do so, but were I to suddenly change my mind and decide that subjecting myself to sticking out like the biggest sore thumb ever, I can rest comfortably at least knowing that these foreign countries will do their damnedest to cater to my language of choice (see: English) by translating all of their products for me. Obviously there are enough of us Americans over in Asia to warrant this necessity, and that, readers, is what makes this all the more humorous. You see, translations are a tad difficult when converting from, say, Japanese to American English. Not only that, but it’s fucking hilarious! Why do I bring all this up, you ask? Well, I happened to stumble on Engrish.com where they have graciously gathered a shit load of said mis-translations under one convenient web site! So, I perused for a long, long while and borrowed twenty of their images for use with my own personal comments. Do yourself a favor though, and waste a few hours over there. Fun is best had! Now you read! 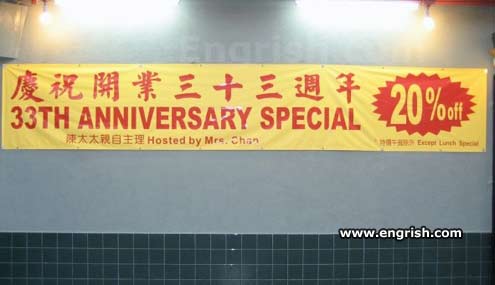 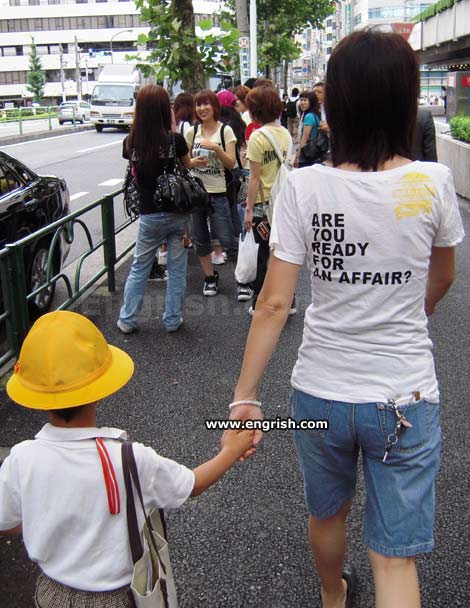 Maybe we better ask the kid in the bright yellow hat first. He might object. 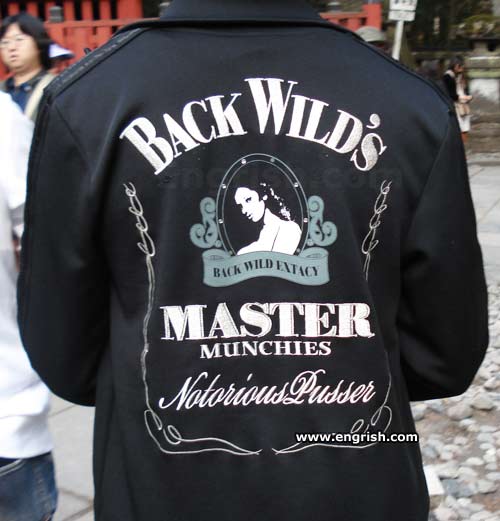 It's good to know his Pussing has gained such notoriety. 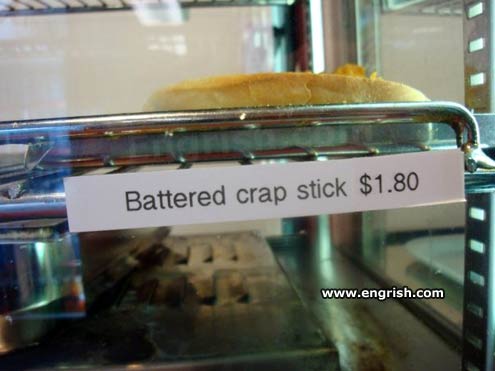 Nice. The crap stick down the street is like two bucks. 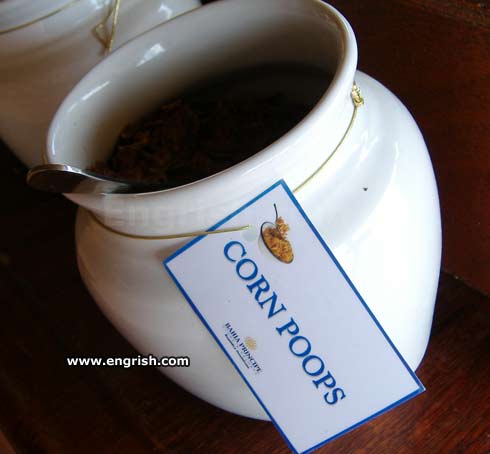 Luckily corn comes out looking the same way it went in, or this wouldn't be good at all. 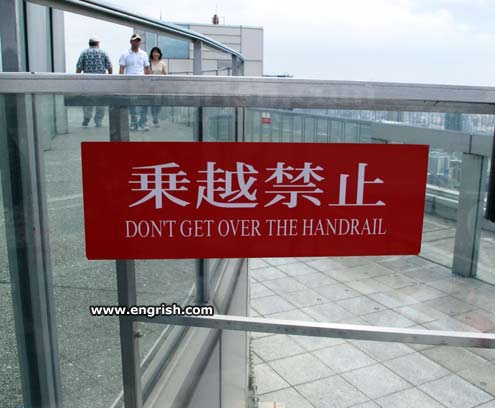 It still loves you... I promise. 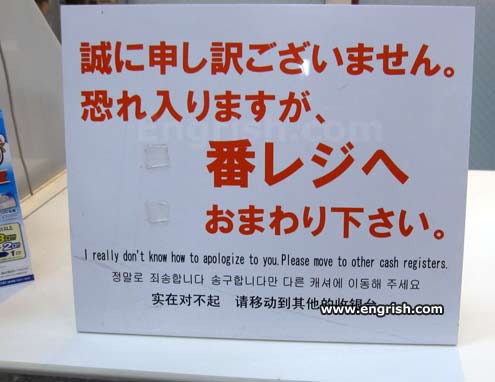 I'll just have to kill myself over your inconvenience... 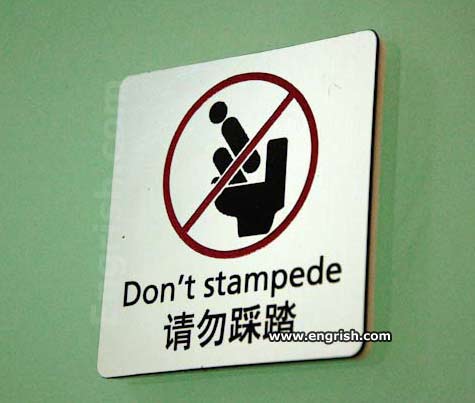 Until you're up on the toilet and out of the way. I mean we don't want anyone hurt, right? 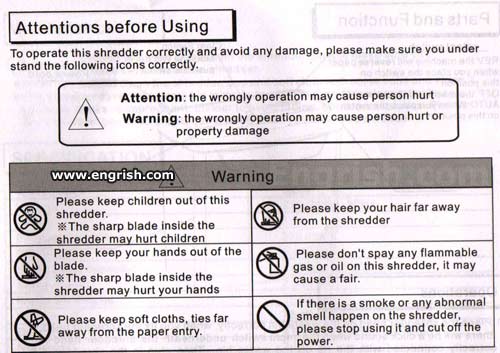 Though they're all gold, at least the 5th warning cautions us about potential fair outbreaks. 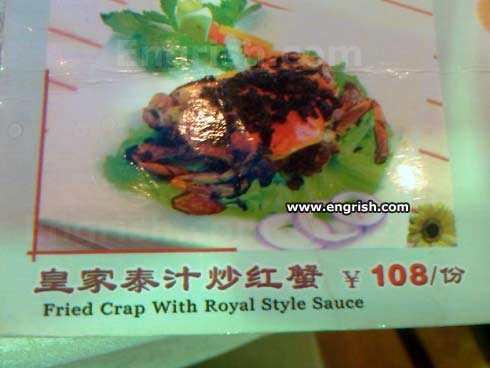 It's the Royal Style Sauce that really does it for me. 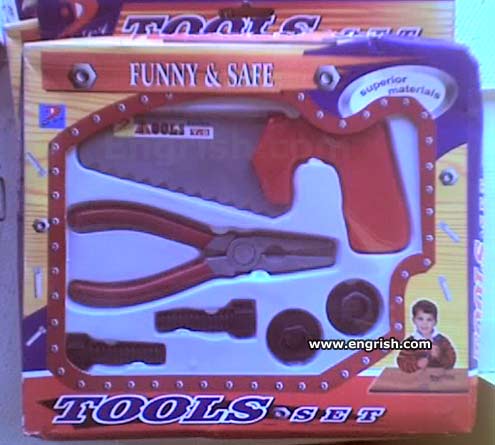 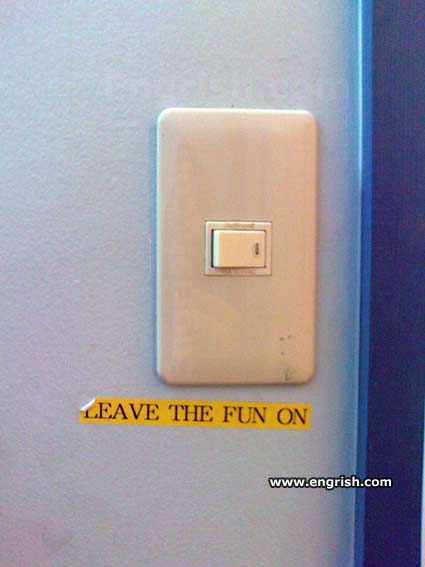 We're not done with it yet. 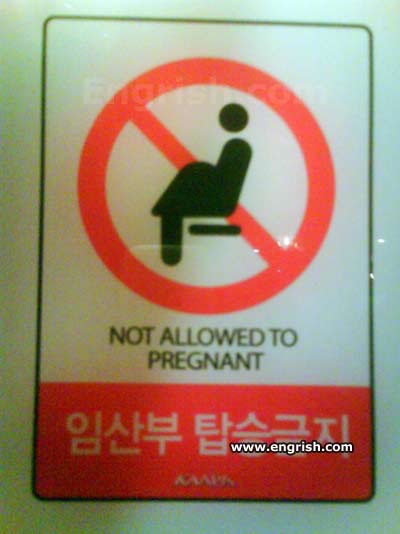 You're also not allowed to sex, angry, or colorful, but that's beside the point. 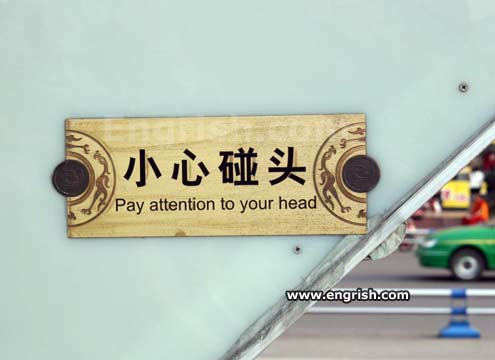 It's trying to tell you something! 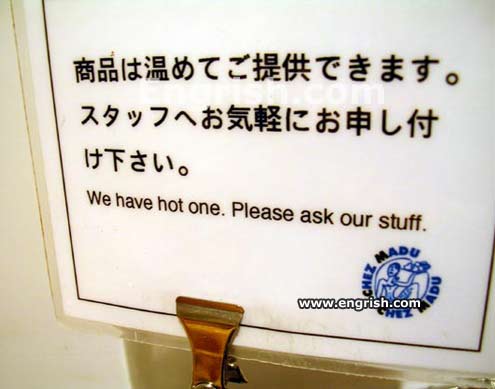 Yeah, and while you're down there... 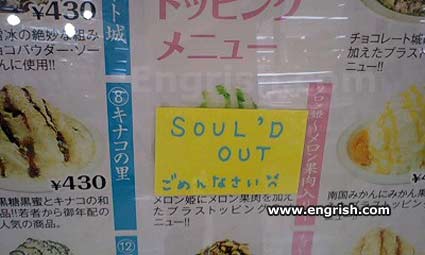 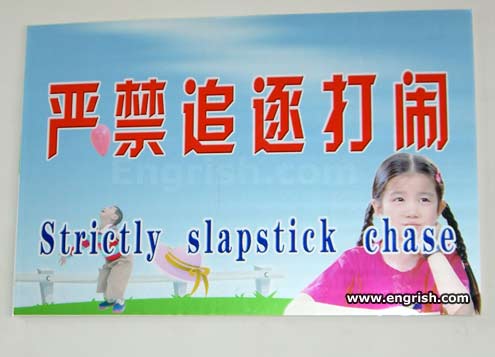 Yeah, and get Benny Hill and those Keystone Cops in here, too. 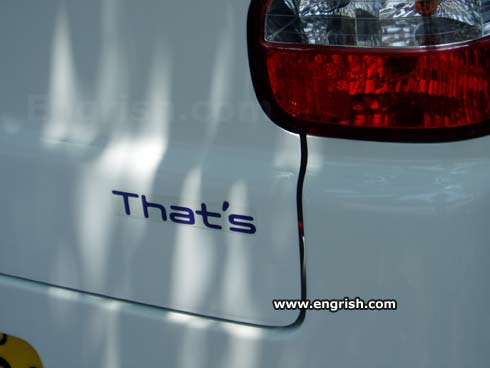 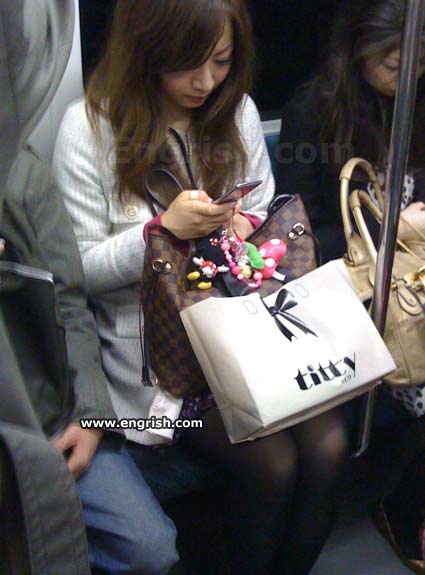 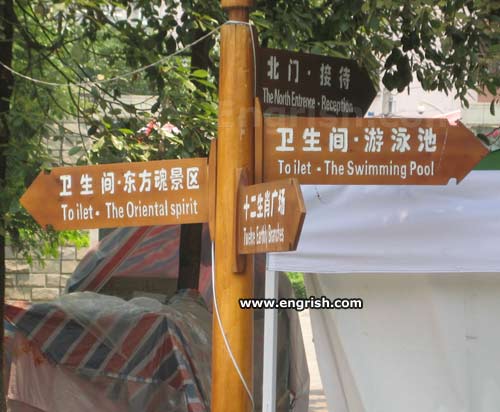 If ya gotta pee, pee in style.