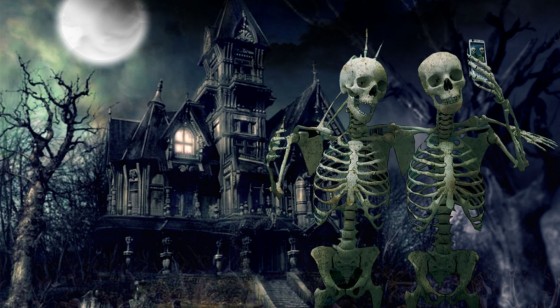 Every October, the entire country becomes obsessed with one thing, Halloween. It’s not because hot chicks take this as an excuse to dress up as a stripper or that you are handed free candy from strangers, it’s because October and Halloween bring about something even more terrifying, Haunted Houses.

Although no one actually knows when Haunted House attractions began in America, the popularity of them can be traced back to the ’60s and ’70s when the Sycamore Deer Park Jaycees and Cincinnati Recreation Commission came together and opened a Haunted House in the community of Clifton in Cincinnati, Ohio.

Imagine a time where there is no cell phones or Halloween stores, just department stores with limited Halloween decorations and costumes. Now pretend you are told about a Haunted House that exists where if you can make it through without dying, you can live. That would be scary as hell during the 1960’s.

Almost sixty years later and we are still being scared to the bone from Haunted Houses but they have taken things up a notch. Every year something new is added because it is hard to never change and remain scary. There are so many new Haunted Houses that are opening all over the USA that if you can’t adapt, you must shut down. We managed to find thirteen Haunted Houses that are not going to be closing anytime soon thanks to their ability to scare the pants off of us. These are our favorites… 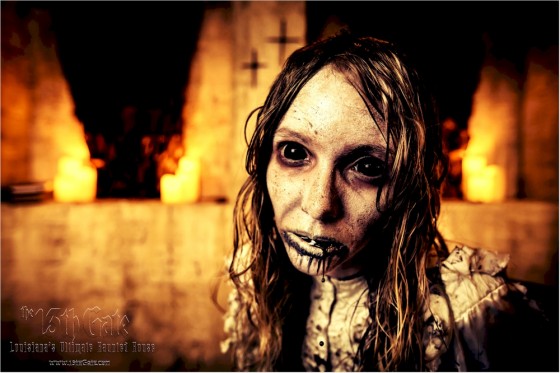 There is nothing scarier than having to escape a haunted house without knowing where you are going, what is behind you, and what might be lurking behind the next turn. Oh, and once you find your way out of this underground catacomb of pain, you are still standing in a 40,000 square foot cemetery built exclusively for one purpose, to make even the baddest of dudes change his pants. 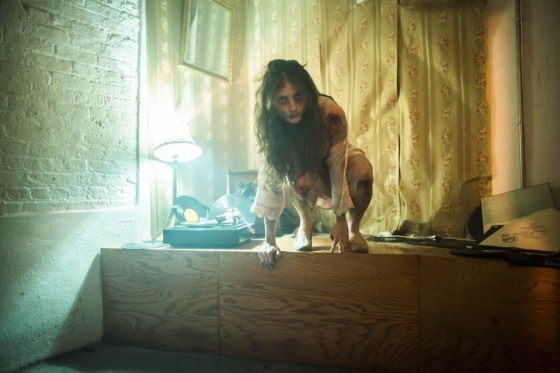 The rules alone make this one of the scariest haunted attractions ever. You have to go in alone, you can’t talk or touch the walls or actors, you must do as you’re told at all times while also following the path along the way, and you must wear a protective mask. Did we mention the safe word? 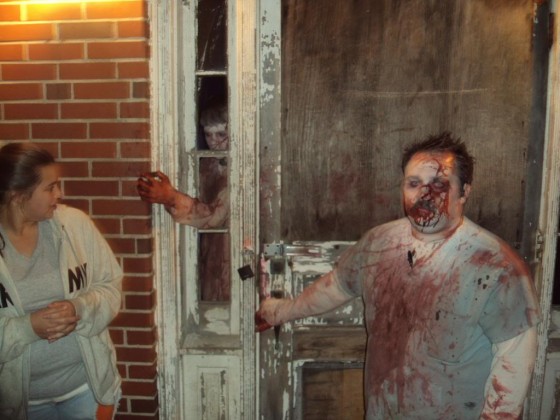 An abandoned hospital known for being one of the most haunted locations in the entire World? Yeah, sure, ok. That is the perfect setting for any haunted house attraction. Imagine a real ghost or the touch from something not truly present to cause your blood pressure to rise. 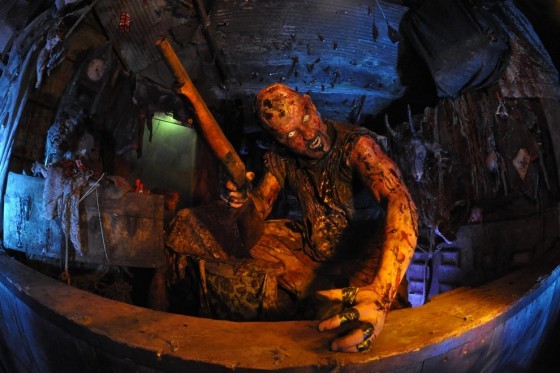 When you walk into a haunted house, you already have a preconceived notion about what you are in for that night. There might be some loud screams, flashing lights, and chainsaws. But then there is Haunted Hoochie at Dead Acres in Pataskala, Ohio. It is an extreme haunted house so you need to sign a waiver to enter and the fear that almost anything can happen makes this one of the scariest rides of your life. 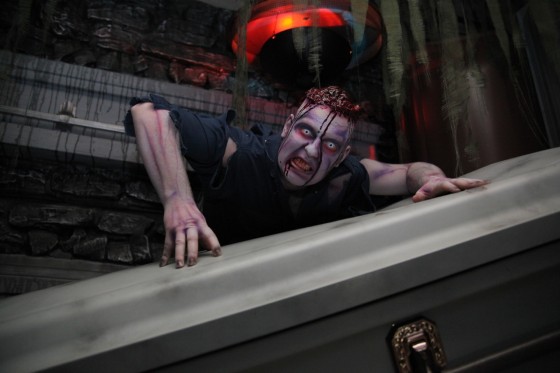 Without wasting your time trying to describe what can be scary, just go read the FAQ’s on the Erebus Haunted House homepage. When the answer to the question will things touch me is yes they will, they might also bite you, grab you, and fall on top of you, you might be in for a real amazing experience. They continue by making sure you understand that you will be locked in a room, in the dark, to be buried alive. 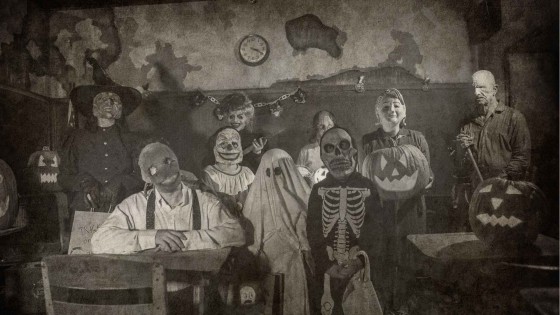 Every house that is haunted has a story, a background of why it came to be. The Dent Schoolhouse was an actual school prior to becoming a haunted attraction and the story is about as scary as anything you can imagine. Back in the 1940′ and 50’s, the school janitor was believed to have quietly kidnapped several children over time until the smell from the basement forced an angry mob to bust down the walls and see what is going on down there. They walked into a slaughter of children’s dead bodies that are believed to haunt the building to this day. The story is hard to prove but that usually means it is also hard to disprove which means it could have happened and you are now walking in the most haunted haunted attraction in the World. 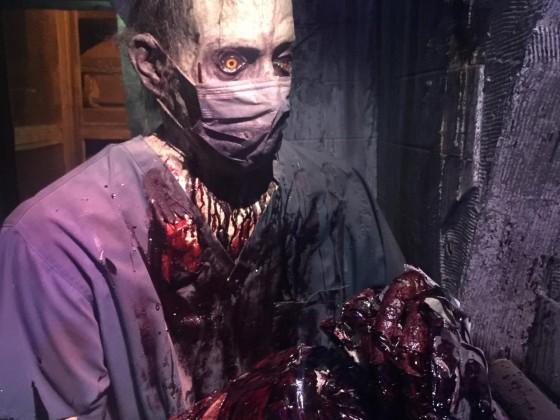 The attention to detail is the only way to describe this amazing haunted attraction. There is so much detail, you are fully immersed in the haunted attraction that even the most hardcore fans will be scared to death. It makes you feel like you have to get out or die. That is amazing. 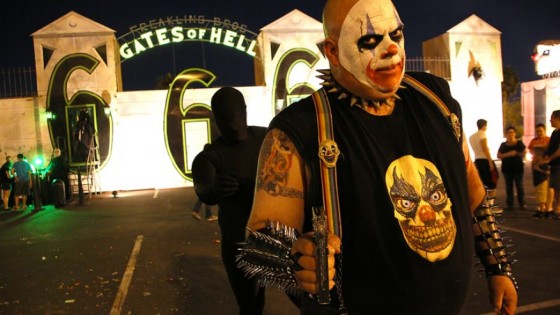 Clowns, Las Vegas, huge dudes in masks, fire, chainsaws, death, and every other over the top devices used to scare us is included. What else did you expect from Las Vegas? This is Freakling Bros. Gates of Hell. You’ve been warned. 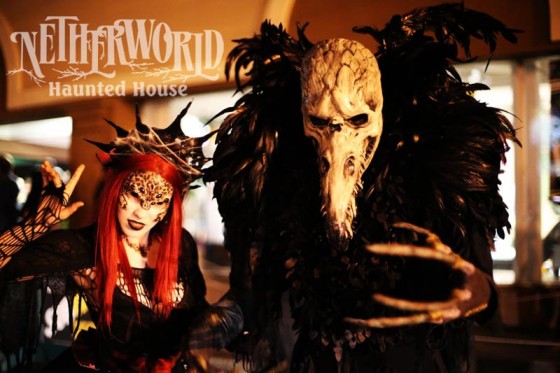 Did you enjoy horror movies growing up? What about more recent films like the Saw movie franchise? Because you will feel like you are walking into the Jigsaw’s private basement he built specifically for you. The only thing left is for that little puppet on a tricycle to come riding by. 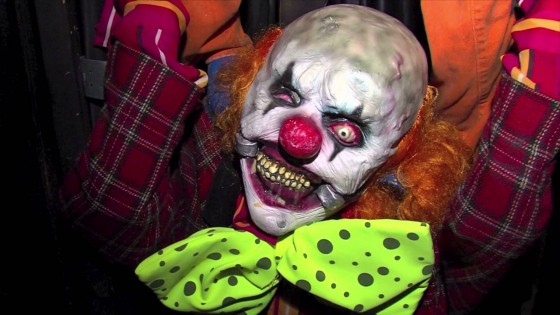 There is nothing left to say when describing these haunted houses, you need to experience them for yourself to truly understand what is different about them. However, one thing can be said about Cutting Edge in Fort Worth, TX. It is the largest haunted house in the World according to Guinness Book of World Records. So prepare to be scared for the longest amount of time in your life. Good luck. 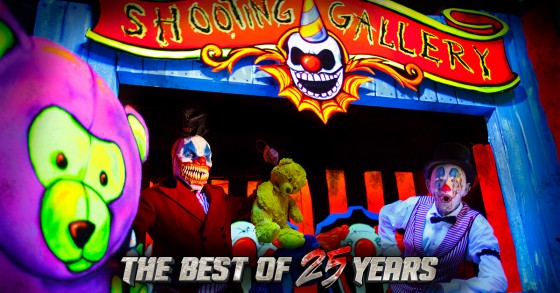 Sure, you can walk through any haunted house and prepare yourself for what is about to happen so that you will not be scared. Anyone can do that and for those of you that go into a haunted house acting all hard like nothing can scare you, you are a douche bag that will end up targeted by the cast of this scary haunted house. They will make sure every single person walks away with no screams left in their body. 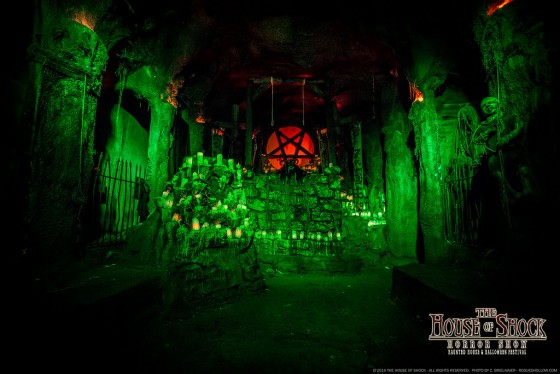 To be shocked in America these days, someone really has to pull off all the stops. There is no room for someone jumping out at you from behind a wall, that is too predictable. Or the screaming and hollering in your face, that is easy to avoid. But in the House of Shock down in New Orleans, if you can figure out how to make it through this Satanic warehouse of torture, you are a better person than the rest of us. 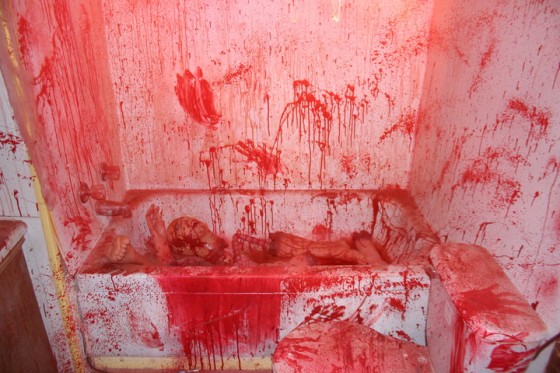 This is part of 3 different locations for the Trail of Fear Screamparks but this is the one that you should probably go to if you want to be scared to the bone. The actors must get paid big money because there is not a single moment you think any of this is fake. They sell the haunt so much, you have the option to exit at any time.