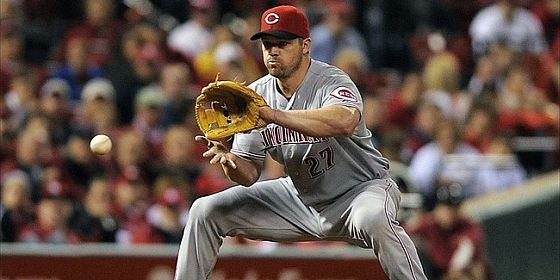 Third Base already took a hit with Chipper Jones retiring at the end of last season, and baseball may be about to lose another all-time great at the position. Scott Rolen, who ranks as the best defensive 3b over the last 20 years, has opted not to report to camp with the Cincinnati Reds and sure sounds like a man ready to retire.

“Right now I’m simply not ready to make a commitment. I would like to leave my options open, without closing any doors. I am looking forward to all of the challenges, both personally and professionally, I will face in the future.”

While the statement sounds like Rolen might consider returning, it’s not surprising that he is considering walking away. Rolen has only played 157 games over the last two season, and struggled to hit .250 for both of those seasons. If he does retire Rolen will end his career having hit .281 with 316 home runs and stands with Brooks Robinson as baseballs top defenders on third.