Media > Movies > Scream 4 Gets a Greenlight

Scream 4 Gets a Greenlight 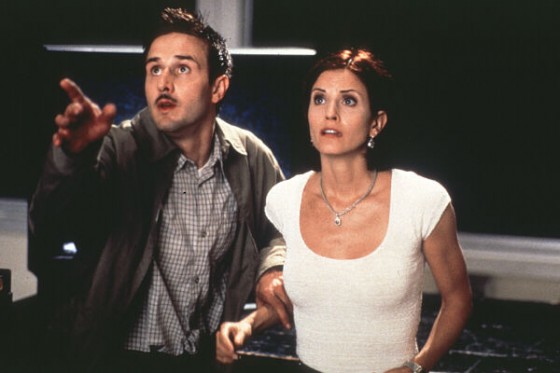 Just when you thought it was safe to to think Neve Campbell and David Arquette’s careers were over comes news that Dimension Films has greenlit Scream 4. Hooray! You think it will be in 3D? Of course it will be.

Wes Craven will helm the fourth (and hopefully last) chapter in the wildly successful horror franchise. In addition to Campbell and Arquette, Courteney Cox will also return as spunky news chick Gale Weathers. No word on whether or not Drew Barrymore will reprise her role as… oh, wait… her character got killed in the first flick. Never mind.

There will also be some younger meat cast too. Might I suggest a cameo by Robert Pattinson in which he dies a horrific death by being disemboweled with a reciprocating saw. Just trying to be helpful.