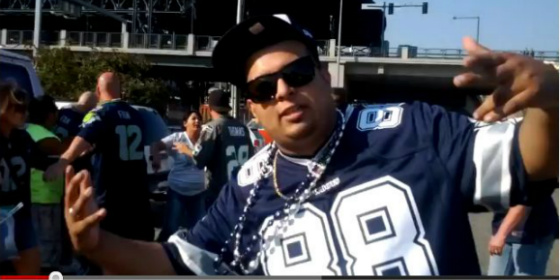 Seattle Seahawks fans have a reputation for being among the most supportive in the NFL, but this group might have taken that support a bit too far.

The video, purportedly shot after beating the Cowboys 27-7, includes a cast of characters that would make the HBO casting department proud. A quick rundown of the participants in this brief but brutal fight: