Sean Payton Knows How to Party 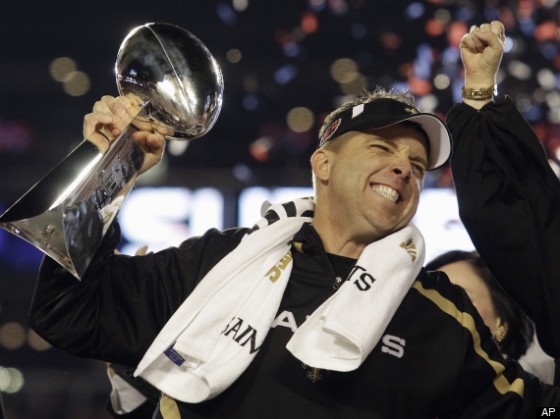 It’s been a rough year for beleaguered Saints head coach Sean Payton. He turned a blind eye to the bounty program being run by defensive coordinator Gregg Williams and paid for it with a one-year suspension. Then he and his wife of 20 years took a trip to divorce town. Ouch. However, none of this seems to have affected Sean too much. He spent the night before his 20th Anniversary dirty dancing with a young hottie in the Bahamas. This video courtesy of TMZ kinda blows, but that sure looks like Sean doing his best impression of Gronk.